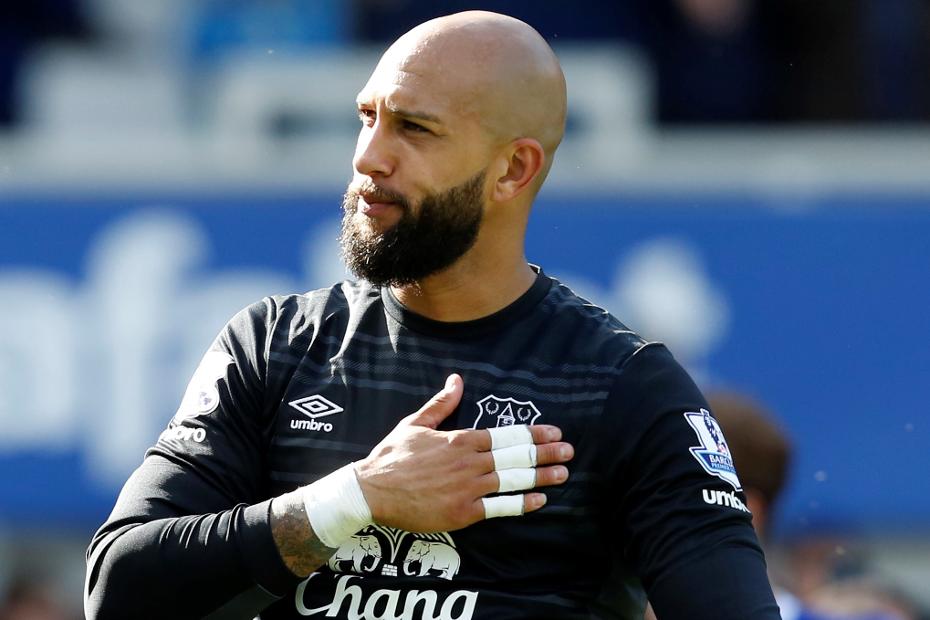 As former USMNT captain announces final season in goal, he says Merseyside club will remain a part of him

Former Manchester United and Everton goalkeeper Tim Howard has announced that the 2019 MLS season with the Colorado Rapids will be his last in the professional game.

The 39-year-old made the announcement on Twitter after a stellar career.

I’m greatly looking forward to kicking off the 2019 MLS season, as it will be my LAST. There will be plenty of time for sentiment later. For now, I am going to enjoy every minute. And as I’ve always done, compete hard and help lead the Rapids with the sole purpose of winning. pic.twitter.com/QWuCcy7gW2

Howard has been one of the US's biggest Premier League stars. No American has made as many as his 399 appearances in the competition for United and Everton between 2003 and 2016.

The former USMNT captain, who made 121 caps, recently spoke about his time in the Premier League and the impact that had on him.

His playing career will come to an end in less than a year’s time but the New Jersey, U.S.A. native will always consider Everton "the greatest football club in the world" and the Goodison Park stadium a home.