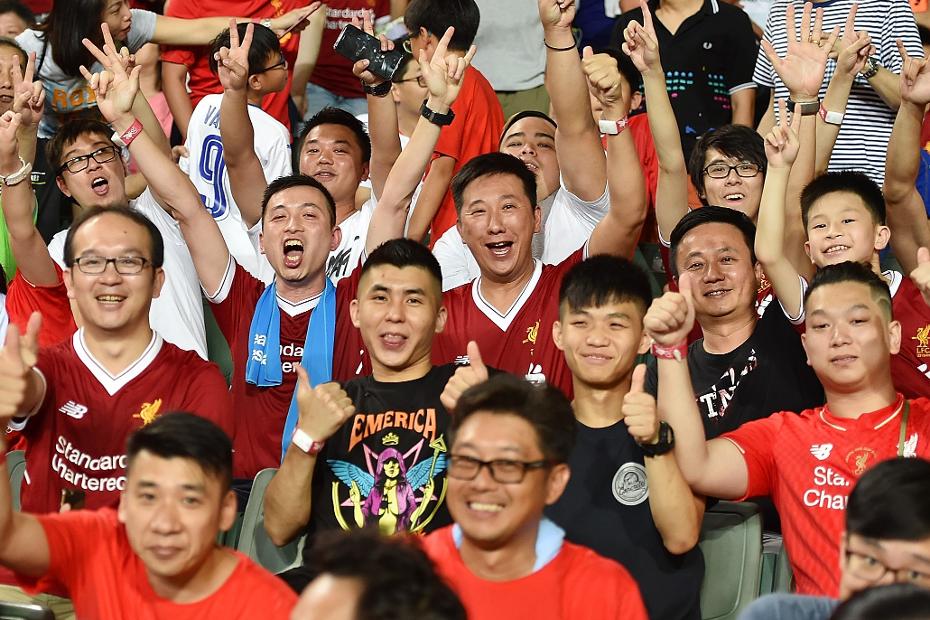 The Premier League has been ranked the "Number One European League Online" in China in this year's Red Card report.

The report measures the performance of European football clubs, leagues and players online in China and the award reflects the Premier League's commitment to its fans in China.

This app has been a significant development in how the Premier League connects with fans digitally, adding to the League's existing official content made available via channels on Weibo, WeChat, Toutiao and Douyin.

Through developing these official content channels, which are managed by Red Lantern, the Premier League ensures supporters in China can access the latest news and interviews, as well as notifications such as starting line-ups, goal updates and links to Chinese broadcasters showing Premier League matches.

The app includes the first authoritative Mandarin-language data hub for Premier League statistics - from individual players through to clubs.

The Red Card annual report is published by digital sports agency Mailman. Now in its eighth edition, the report uses eight performance indicators to determine the level of influence. Metrics include measuring followers and engagement across different Chinese platforms.

"The Premier League and our clubs have a loyal and passionate fanbase in China and it is a great honour to receive this Red Card award," Richard Masters, Premier League Interim Chief Executive, said.

"The Premier League is committed to delivering more and better localised content in Mandarin, which is demonstrated by the recent launch of our official Chinese app and introduction of a local editorial team.

"Our digital strategy for China supports our live events and the work of our broadcast partners to create even more ways to engage with fans.

"We look forward to continuing to develop our digital presence and bringing the Premier League closer to the millions of supporters in China."

In addition to its digital presence and fan engagement activities, the Premier League has a long history of supporting the development of football in China.

The League's Mutual Cooperation Agreement with the Chinese Super League (CSL) sees the leagues work closely together to promote and grow football at all levels of the game.

In its role as strategic partner, the Premier League provides the CSL with significant support for youth, coaching and referee development as well as sharing knowledge and expertise through workshops and study visits.

The Premier League official Chinese app is available to download from both the Apple store and Android stores in China.