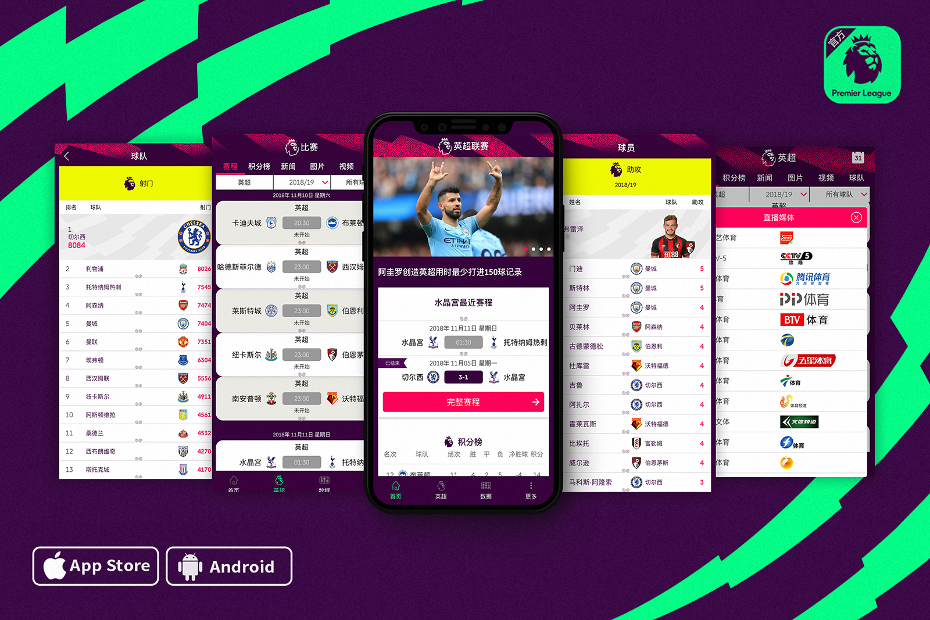 This launch is part of the Premier League’s ongoing commitment to fans in China.

Through the app, fans can access the latest Premier League news, interviews, as well as notifications for starting line-ups, goal updates and links to Chinese broadcasters showing Premier League matches.

The app will also host the first authoritative Mandarin-language data hub for Premier League statistics, from individual players through to clubs.

The Premier League and its clubs have an established track record of engaging fans in China by bringing live matches and events to the region.

Official Premier League content is already available via channels on Weibo, WeChat and Toutiao where the League has a combined following of almost four million on Chinese social media platforms.

The new official Premier League app is a significant development in connecting with fans digitally.

"There are millions of passionate Premier League club fans in China and we are always looking at new and exciting ways to engage them," said Richard Masters, Premier League Managing Director.

"We work closely with our broadcast partners and, together with our clubs, have regularly hosted events in China to bring live experiences to supporters.

"This app provides another way to engage with the Premier League digitally and recognises the commitment of our fans with more and better localised content in Mandarin.”

The app development has been managed by Chinese agencies. Digital media agency Red Lantern oversaw the process and will manage ongoing content. The app itself was built by Kingworld.

"China is a mobile marketplace and this investment by the Premier League is another way to help drive value back to clubs and Chinese broadcasters," Lewis Hannam, founder of Red Lantern, said.

"Rights-holders need to have a bespoke digital strategy for China and the Premier League is at the forefront of that."

The Premier League official Chinese app is available to download from both the Apple store and Android stores in China.