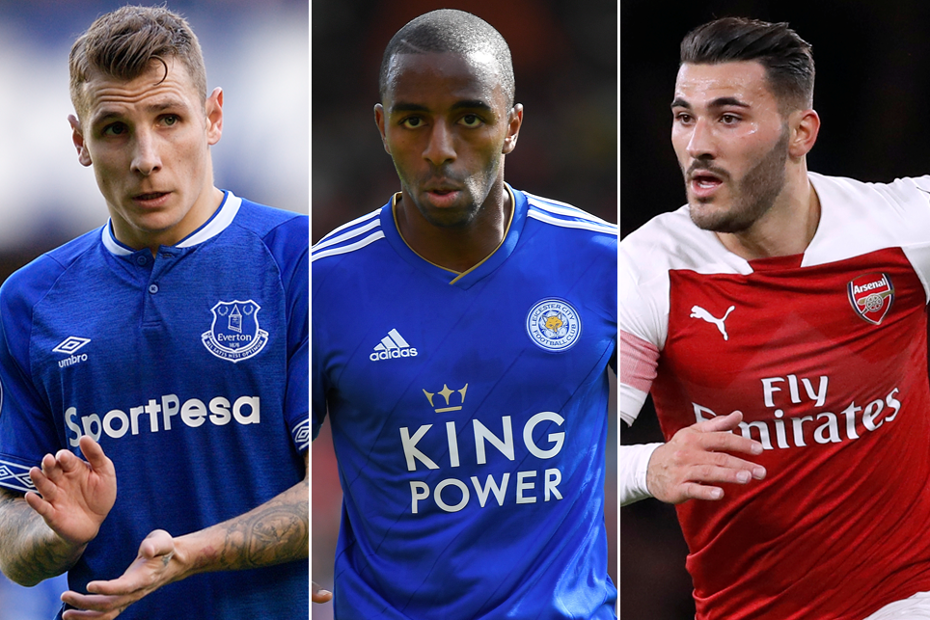 At the back managers can use the FDR to guarantee a defender with favourable fixtures through to the end of the season.

The form of Lucas Digne has made him a major target for FPL managers.

The Everton left-back produced three goals and two assists over the last eight Gameweeks, taking his ownership to 16.9 per cent and his price to £0.4m over that period.

Everton’s next three matches, against Huddersfield Town, Wolverhampton Wanderers and Watford, score a combined eight in the FDR.

However, his subsequent run of opponents could persuade some Digne owners to consider a replacement.

Everton are without a Gameweek 27 fixture, as their match with Manchester City has been postponed due to the EFL Cup final.

The Toffees then face Liverpool, Chelsea and Arsenal in three of their six next matches.

By contrast, Leicester City embark on an outstanding run from Gameweek 27.

According to the FDR, seven of their eight opponents over Gameweeks 27 to 34 score just two.

Identically priced to Digne at the moment, Ricardo Pereira can offer the ideal replacement.

Occasionally used as a winger by Claude Puel, the Portuguese is the fifth-top scoring defender in FPL on 95 points.

Pereira has produced two goals and five assists to go along with seven clean sheets.

His owners should then plot an exit route in Gameweek 35, though, as Leicester face Arsenal, Man City and Chelsea all in the final four Gameweeks.

At that point, Sead Kolasinac can be a ready-made replacement.

Since being handed his first start of the season in Gameweek 12, Kolasinac's 21 chances created is bettered only by the 28 of Digne in defence.

Shifting from Digne to Pereira to Kolasinac shows how FPL managers can use the fixture list to their advantage.

Eleven of that combination’s final 15 matches score just two in the FDR, while the other four score three.

That boosts their prospects for both attacking and defensive points, all for under £5.5m.