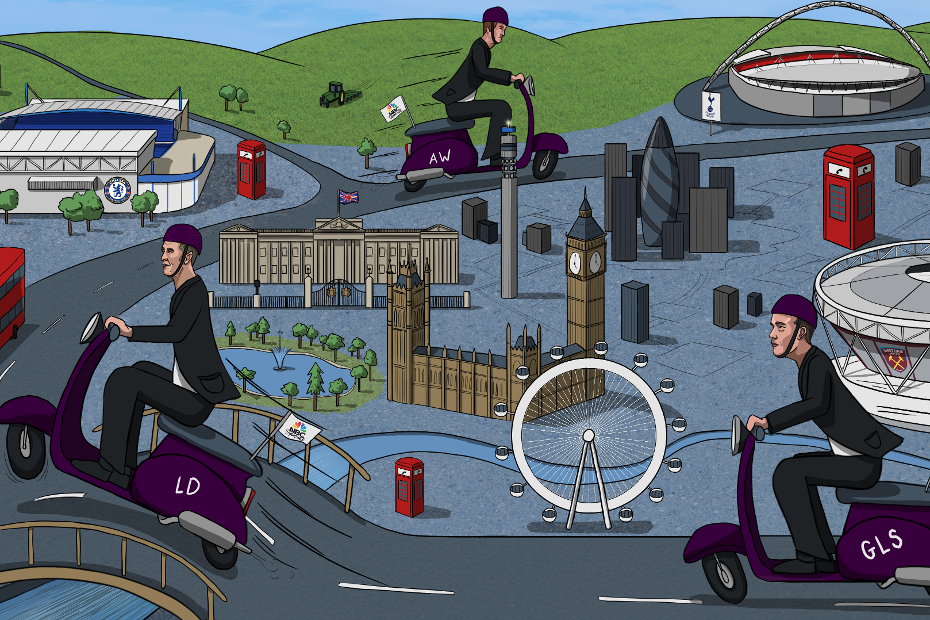 The best of the Premier League action was in London this weekend so NBC Sports sent their "A Team" across the capital to capture all the action.

From the east of the city to the west and then to the north, lead commentator Arlo White and analysts Lee Dixon and Graeme Le Saux brought you three matches across two days as well as a close view of the London landmarks as they headed from one stadium to another.

And they're off! Here are the paths that @arlowhite, @LeeDixon2 and @graemelesaux14 are taking from London Stadium to Stamford Bridge. pic.twitter.com/0dzYlq1as1

They started Saturday in east London, where they saw West Ham United claim a first home win over Arsenal in 13 years.

After the final whistle at London Stadium, while the 10am ET matches were taking place, the three got on motorbikes and headed west, passing London landmarks such as Tower Bridge, Buckingham Palace, and Westminster Abbey on their way to Stamford Bridge.

There they saw Chelsea beat Newcastle United 2-1 to strengthen their hold on fourth spot.

You can follow all the twists and turns of the 2018/19 Premier League season with NBC's "Premier League Pass” at a reduced price of $24.99 on NBCSportsGold.com.