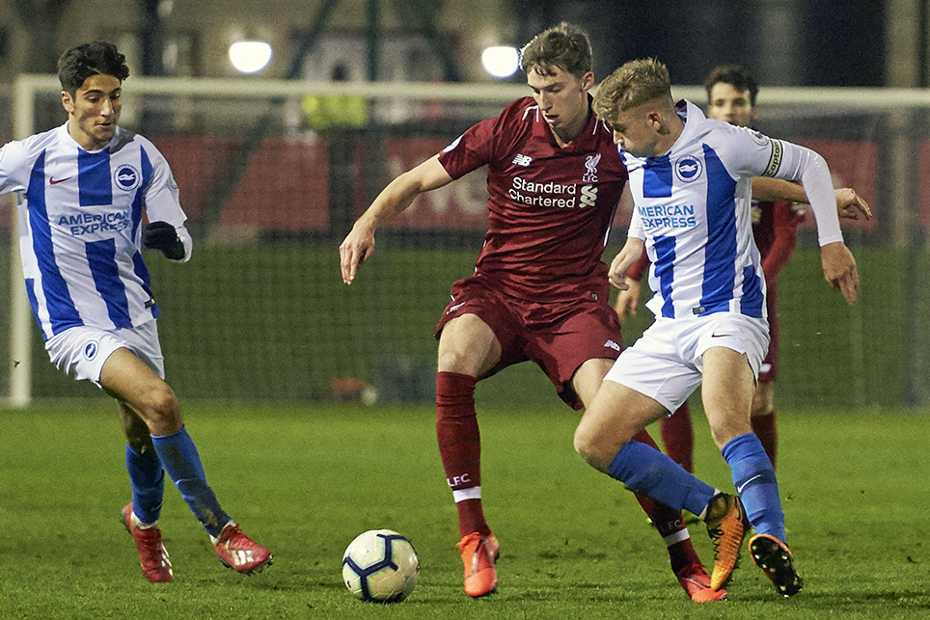 Haydon Roberts scored late on to give Brighton & Hove Albion a 1-1 draw at Liverpool in Premier League 2 Division 1.

Rafael Camacho's low shot gave Liverpool the lead on 12 minutes but the hosts were reduced to 10 men soon afterwards when Ki-Jana Hoever was dismissed for bringing down Aaron Connolly when the Irishman was through on goal.

Brighton piled on the pressure and Roberts claimed the equaliser with four minutes left to play with a glancing header.

The Seagulls drop to fourth on 24 points, four behind leaders Everton and three ahead of Liverpool in fifth.