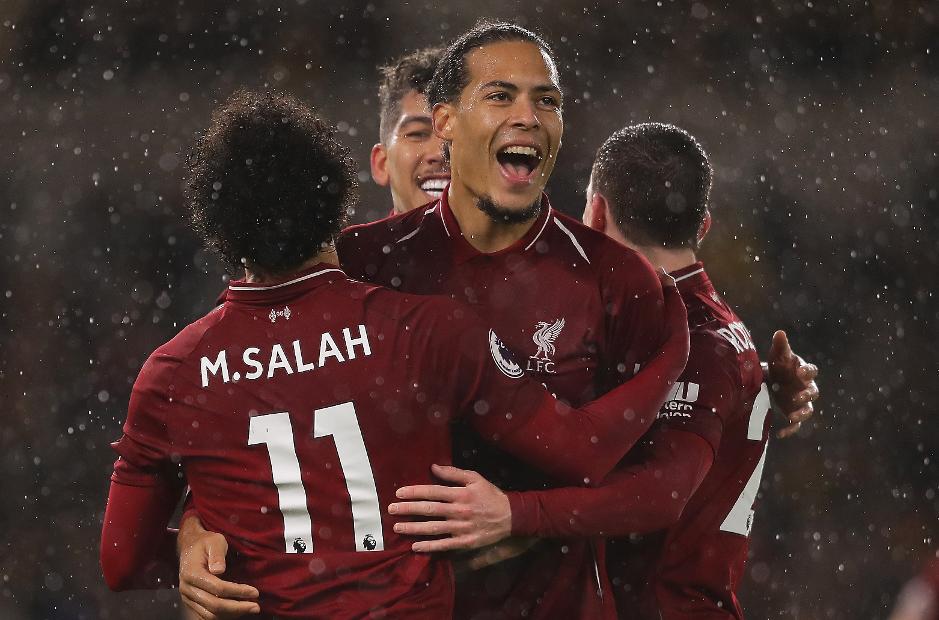 Liverpool will top the Premier League table at Christmas after an impressive 2-0 victory against Wolverhampton Wanderers at Molineux.

After an end-to-end start, Liverpool went ahead through Mohamed Salah's league-leading 11th Premier League goal of the season, the Egyptian cleverly flicking in Fabinho's cutback first-time.

Jonny and Matt Doherty brought smart saves from Liverpool goalkeeper Alisson before half-time as the hosts toiled to get back on terms.

But Liverpool sealed victory on 68 minutes through Virgil van Dijk's first Premier League goal for the club, a volley from Salah's cross.