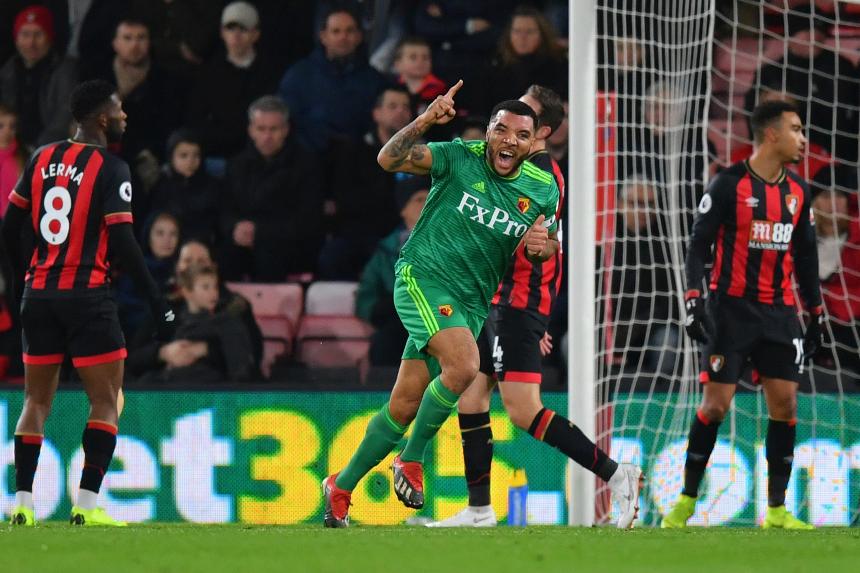 Watford took the lead in the 14th minute when Deeney headed in a cross from Ken Sema.

The Hornets doubled their advantage when Deeney curled in his second, the first of five goals in 14 minutes.

Nathan Ake nodded in a rebound to pull a goal back for AFC Bournemouth on 34 minutes. Three minutes later, Callum Wilson's looping header from Ryan Fraser's free-kick made it 2-2.

Sema restored Watford's lead with a low strike, his first for the club, within 60 seconds.

The draw moves Watford up to eighth on on 29 points. AFC Bournemouth are 12th, with two points fewer.