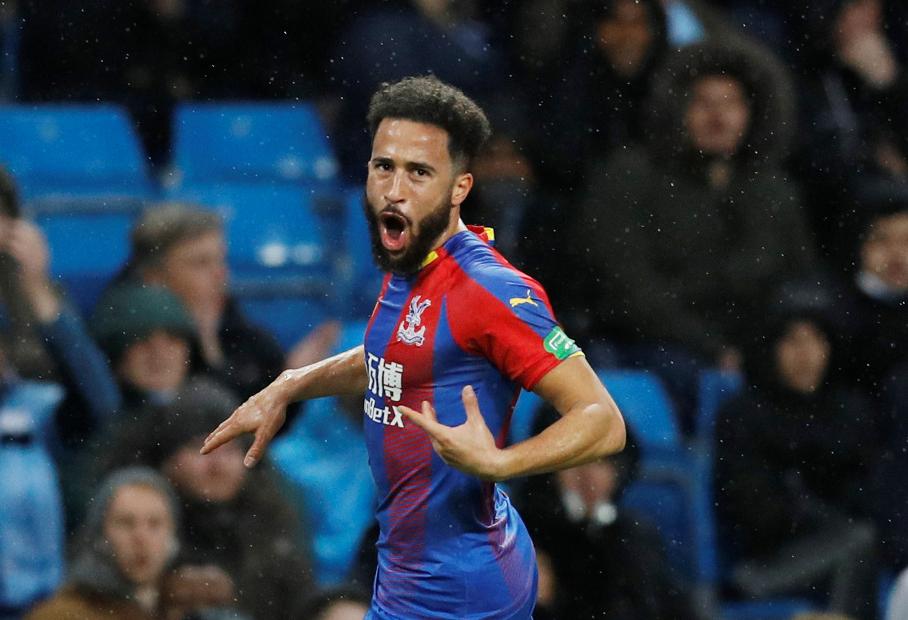 City dominated early on and Ilkay Gundogan put them ahead on 27 minutes with a header from Fabian Delph's cross.

But by 35 minutes the match had turned on its head as Jeffrey Schlupp equalised then Townsend hit a stunning left-foot volley from outside the penalty area.

Luka Milivojevic made it 3-1 from the penalty spot six minutes into the second half after a foul by Kyle Walker on Max Meyer.

Kevin De Bruyne pulled a goal back in the 85th minute with a cross that looped into the far corner.

But Palace held on and, 28 years to the day since Palace last won at City, they climb a place to 14th, on 18 points.