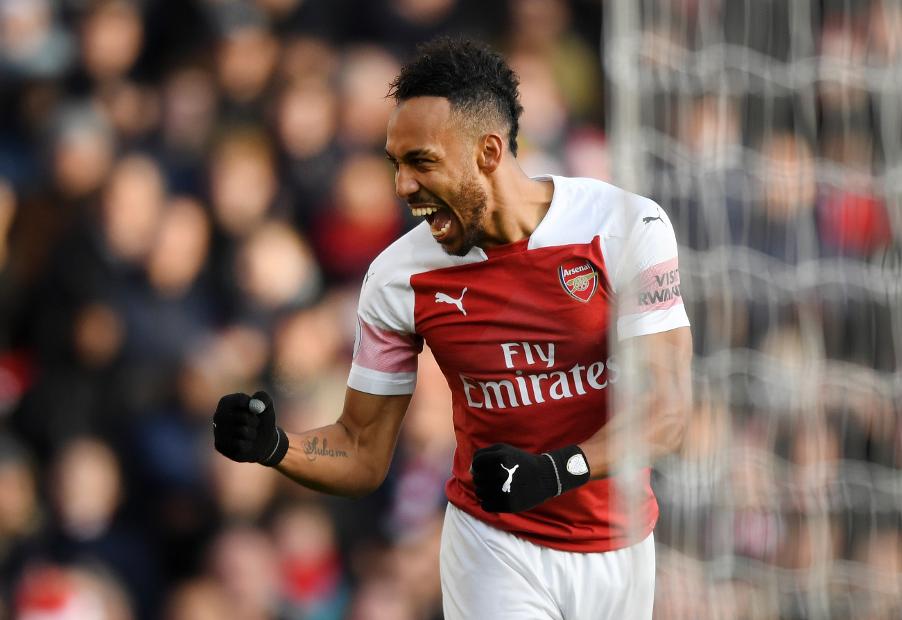 On 14 minutes Mesut Ozil's brilliant defence-splitting pass picked out Sead Kolasinac, who cut the ball back for Aubameyang to net his 11th PL goal of the season and give Arsenal their first half-time lead of the season.

Aubameyang rounded off a fine counter-attack three minutes after the break to double the lead and overtake Liverpool's Mohamed Salah at the top of the goalscoring chart.

Burnley pulled a goal back when Ashley Barnes lashed in from close range with 27 minutes left, but after Jack Cork missed a chance for an equaliser, Alex Iwobi's stoppage-time strike settled it for Arsenal.

They go level with fourth-placed Chelsea on 37 points, while Burnley remain 18th on 12 points.