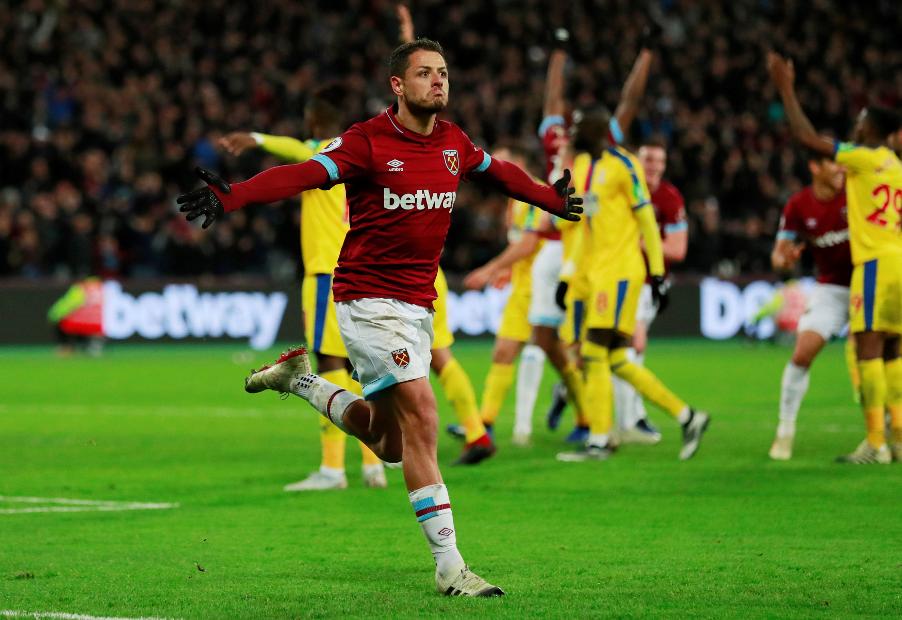 Palace took a sixth-minute lead through James McArthur, who was first to poke in James Tomkins's towering header from a free-kick.

Three minutes after the break, Robert Snodgrass levelled the scores with a 20-yard curling shot.

Chicharito put the hosts ahead when he reacted quickest after Wayne Hennessey had saved Felipe Anderson's free-kick.

Anderson added a third with a powerful strike.

Jeffrey Schlupp's 76th-minute header gave Palace hope but the south Londoners could not find an equaliser.