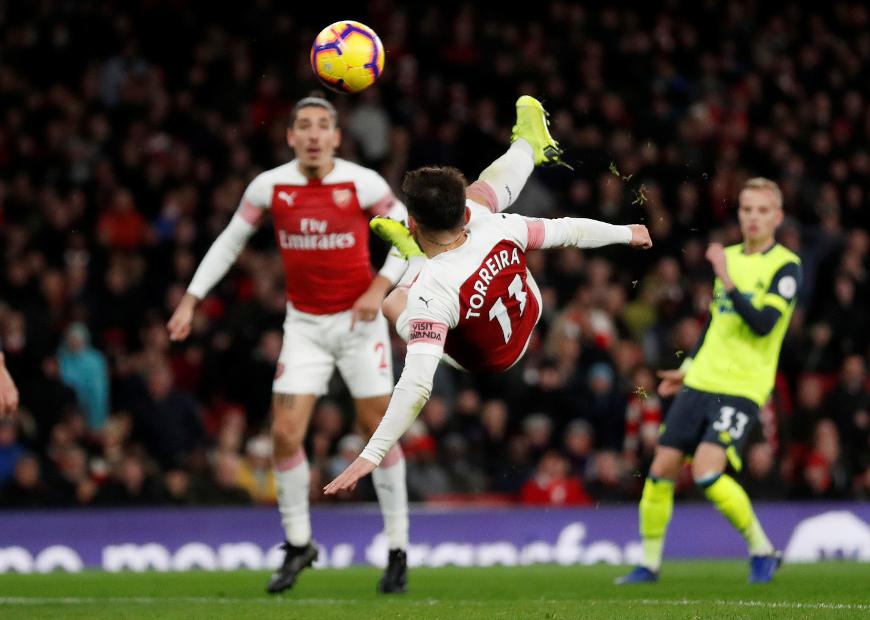 A late overhead kick by Lucas Torreira earned Arsenal a 1-0 victory against a resolute Huddersfield Town at Emirates Stadium.

Seven players were booked in the first half, as Pierre-Emerick Aubameyang and Alexandre Lacazette both had chances for the hosts.

Torreira's long-range shot was well saved by Jonas Lossl, while Lacazette had an effort disallowed for offside.

Arsenal continued to press after half-time and Torreira's superb finish from Aubameyang's clipped cross settled the contest with only seven minutes left.

The Gunners are in fifth place, level on 34 points with Chelsea, and eight behind leaders Liverpool. Huddersfield Town lie 18th on 10 points.