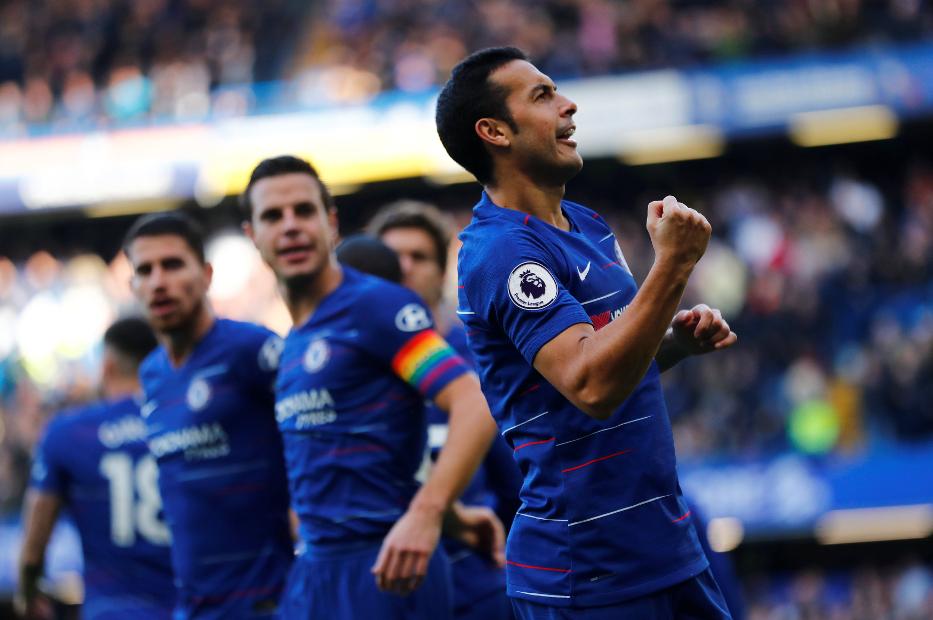 Goals from Pedro and Ruben Loftus-Cheek earned Chelsea a 2-0 west London derby victory over Fulham that put the Blues third in the Premier League table.

Olivier Giroud went close as the home side controlled the first half, but Calum Chambers twice forced Chelsea goalkeeper Kepa Arrizabalaga into action for Claudio Ranieri's visitors after the break.

But substitute Loftus-Cheek wrapped up the win after being set up by Eden Hazard with eight minutes left, putting Maurizio Sarri's side on 31 points.

Fulham remain bottom of the table on eight points.