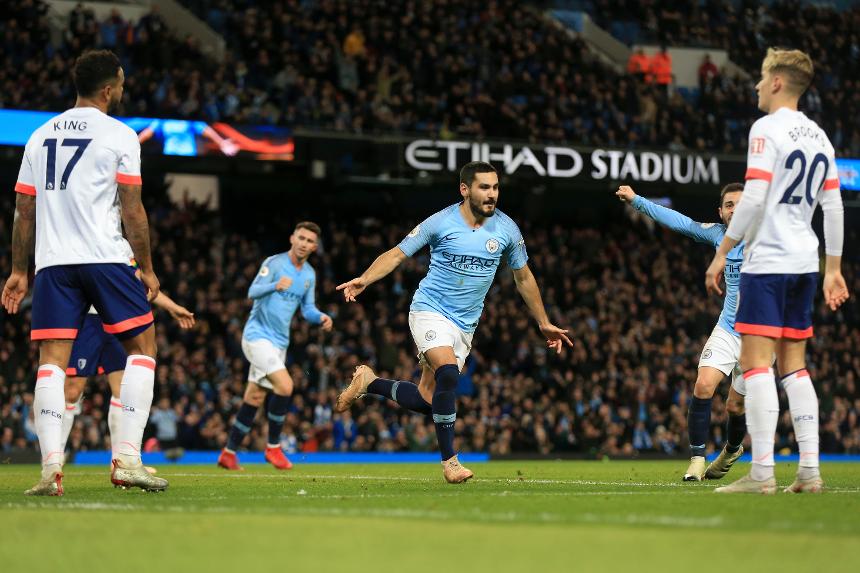 Manchester City stretched their Premier League lead over Liverpool to five points with a 3-1 win against AFC Bournemouth.

Bernardo Silva opened the scoring when he converted the rebound after Asmir Begovic had parried Leroy Sane's shot.

Callum Wilson equalised on the stroke of half-time when he headed in a cross from Simon Francis.

But the hosts regained the lead from another well-worked move. Begovic blocked Danilo's effort and Raheem Sterling pounced to score against the Cherries for the sixth successive match in a Man City shirt.

Ilkay Gundogan ensured City maintained their 100 per cent PL home record when he made it 3-1 from Sane's low cross.