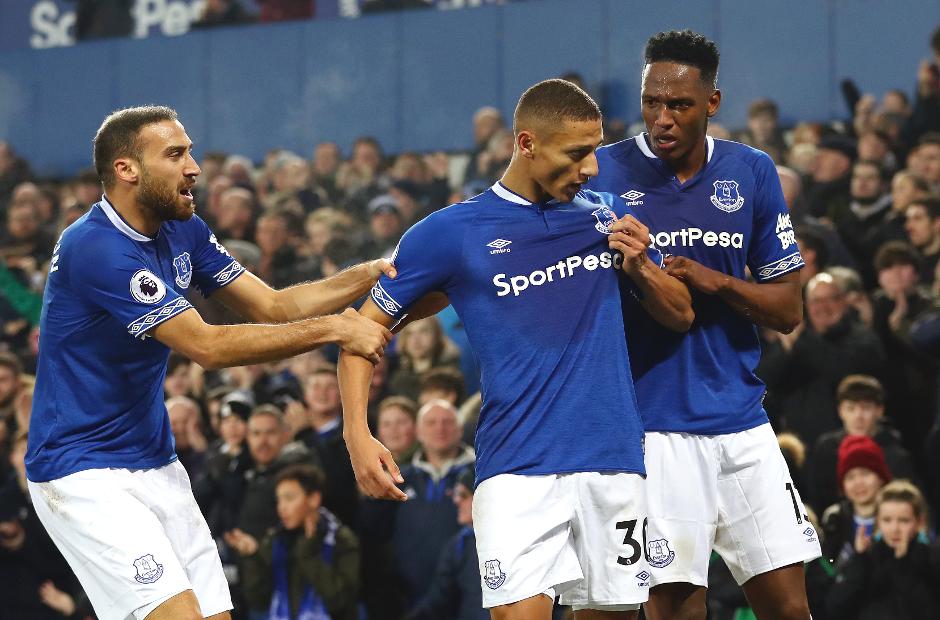 Richarlison scored his seventh Premier League goal of the season as Everton drew 1-1 with Newcastle United.

The Magpies took a 19th-minute lead when Salomon Rondon finished off a left-wing cross from Jacob Murphy.

Richarlison struck in the 38th minute at the far post after Gylfi Sigurdsson’s corner had been flicked on.

Substitute Theo Walcott had a chance to give Everton a fifth successive Premier League home win but could not keep the ball under control when through.

Everton are sixth with 23 points, while Newcastle rise to 14th on 13.