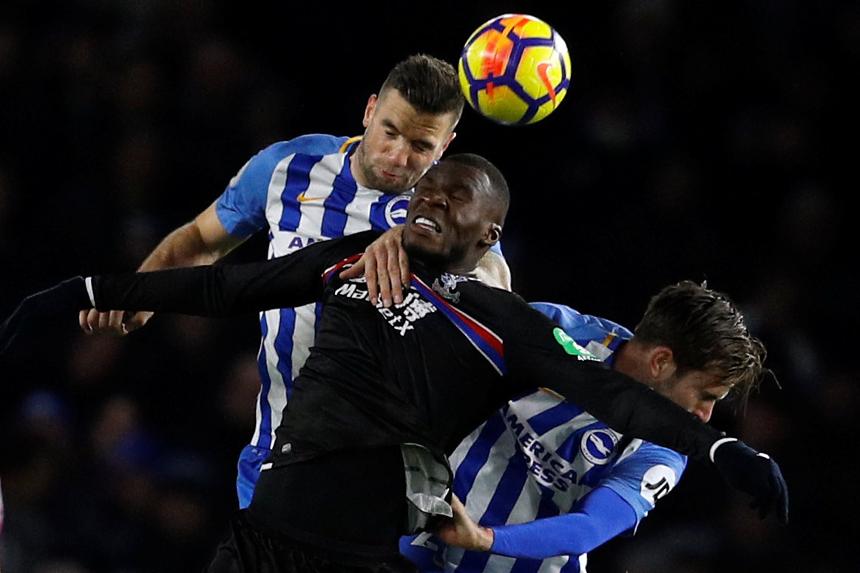 Brighton & Hove Albion are aiming to build on their victory at Huddersfield Town, while Crystal Palace are also seeking a second successive win after beating Burnley.

Brighton captain Bruno is fit for the visit of the Eagles, while Alireza Jahanbakhsh (hamstring) remains their only injured player.

Dale Stephens, however, is suspended.

Palace are expected to be without striker Christian Benteke (knee).

Each of Brighton’s last seven Premier League victories have been by a one-goal margin. They last won by more in February, beating Swansea City 4-1.

Brighton have not won any of their six midweek PL matches, on a Tuesday, Wednesday or Thursday. They have drawn three and lost three of those.

Glenn Murray has scored five goals in eight appearances in this fixture in all competitions, netting three times in five matches for Crystal Palace and two in three for his current side Brighton.

Crystal Palace’s Wilfried Zaha has scored five goals against Brighton in all competitions, more than against any other opponent.