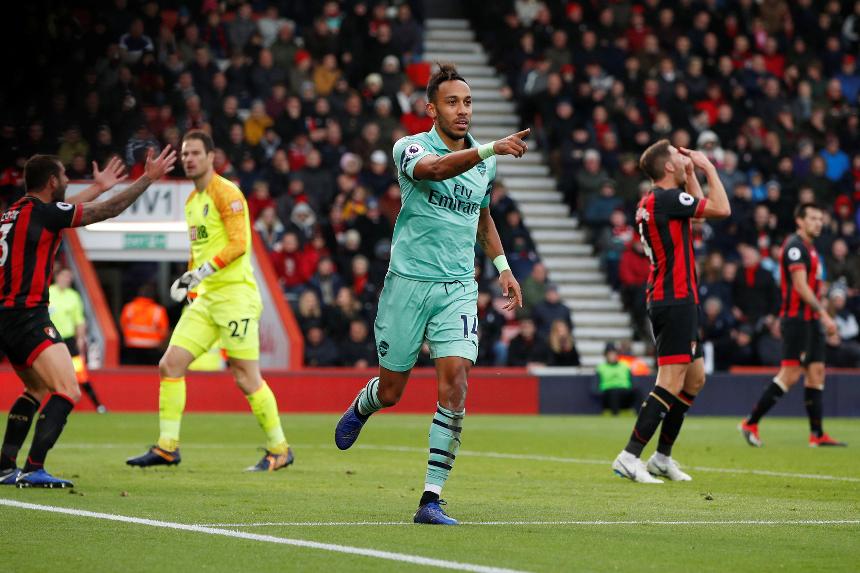 Howe - the luck was against us External Link

'We won our duels and just went for it' External Link

The Gunners almost opened the scoring when Lucas Torreira struck a post with a ninth-minute shot.

The visitors took a fortuitous lead on the half-hour mark when Jefferson Lerma diverted a Sead Kolasinac cross into his own net.

AFC Bournemouth equalised in first-half stoppage time through Joshua King, who finished off a sweeping counter-attack with a shot into the top corner.

Aubameyang then joined Sergio Aguero at the top of the scorers' standings with his eighth Premier League goal of the season.

He restored Arsenal's lead on 67 minutes by sliding in to finish another low Kolasinac cross.

Lerma hit the post with a fierce long-range strike but AFC Bournemouth succumbed to a third defeat in as many matches to slip to eighth place with 20 points.

Arsenal, on 27 and unbeaten in 11 top-flight matches, are now within a point of fourth-placed Chelsea.