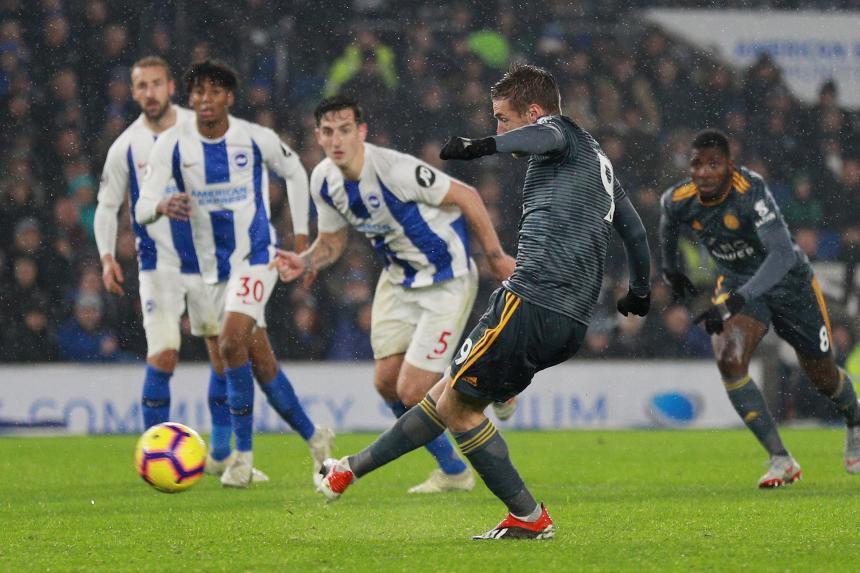 A penalty from Jamie Vardy helped 10-man Leicester City come from behind to draw 1-1 with Brighton & Hove Albion.

Glenn Murray put Brighton ahead on 15 minutes with his seventh Premier League goal of the season, rising highest to head in a corner from Anthony Knockaert.

It got worse for Leicester when James Maddison, who had been booked only three minutes earlier, received a second yellow card for simulation.

Leicester struggled to create chances, but when Kelechi Iheanacho was fouled in the area, substitute Vardy put his penalty high into the corner.

The result means Brighton are 12th with 15 points and Leicester stay 10th on 18.