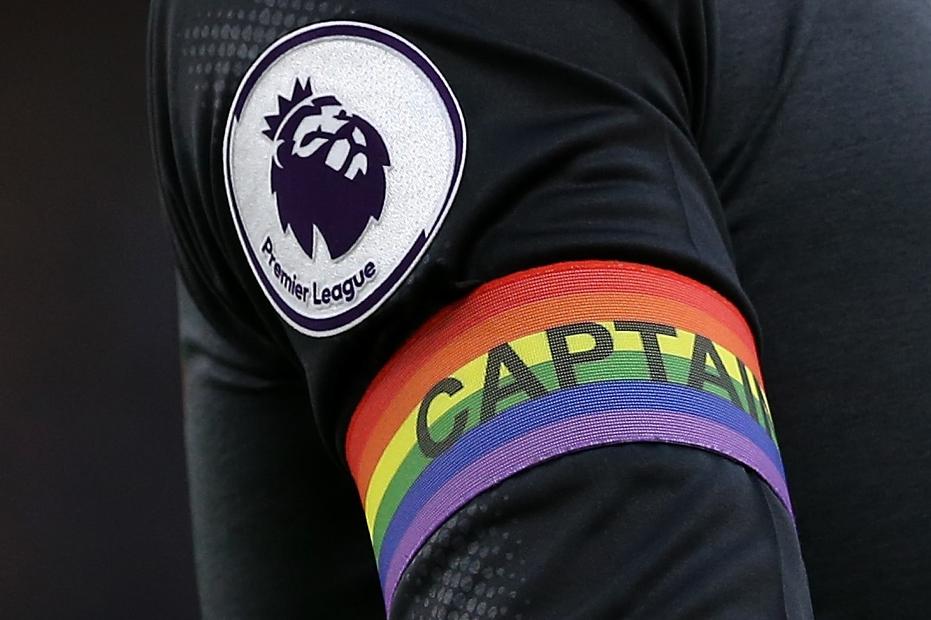 Premier League clubs will come together in November and December to celebrate the 2018/19 Rainbow Laces campaign, a show of support for all LGBT people in football and beyond.

This season the Premier League will promote the campaign across two match rounds.

This will provide all 20 Premier League clubs with the opportunity to celebrate their LGBT community and to make clear that football is for everyone.

The Premier League’s activities will support Stonewall’s campaign to encourage fans and athletes to be "active allies" and to play their part in ensuring LGBT people feel included in sport.

From Friday 30 November to Wednesday 5 December, all Premier League matches will feature a bespoke Rainbow Laces pitch flag, ball plinth, handshake board and substitutes board.

Rainbow captain’s armbands and laces will be available for players. LED boards will also highlight the campaign and the League’s social media channels will feature a rainbow Premier League logo and promote campaign messages.

The League's involvement in the Rainbow Laces campaign forms part of a three-year partnership with Stonewall.

The League’s wider relationship includes working with clubs to ensure diversity and equality is a key part of their community programmes.

Premier League Primary Stars, the League’s primary school education programme, will include bespoke teaching resources to introduce classroom activities to raise pupil awareness of gender stereotyping and how it can affect behaviour, self-esteem and future potential.

"Stonewall is an excellent partner for us and we value their ongoing work to support the League and our clubs in promoting diversity across the sport," Premier League Executive Director Bill Bush said.

Kirsty Clarke, Director of Sport at Stonewall, said: "We always knew it would take more than a simple shoelace for sport to become a place where every lesbian, gay, bi and trans person can be themselves.

"There’s no pledge or charter that can guarantee everyone is accepted within sport. That kind of change comes from concentrated work, careful attention and a thought-through strategy.

"We’ve worked in partnership over the past year with the Premier League, creating transformative programmes across key areas of its operations.

"We are excited and proud of this partnership and we want it to inspire other sports organisations and national governing bodies.

"It is only through the dedication and commitment of powerful allies that sport will become everyone’s game.”

The Premier League is part of TeamPride, a consortium of 10 organisations committed to making sport everyone’s game.