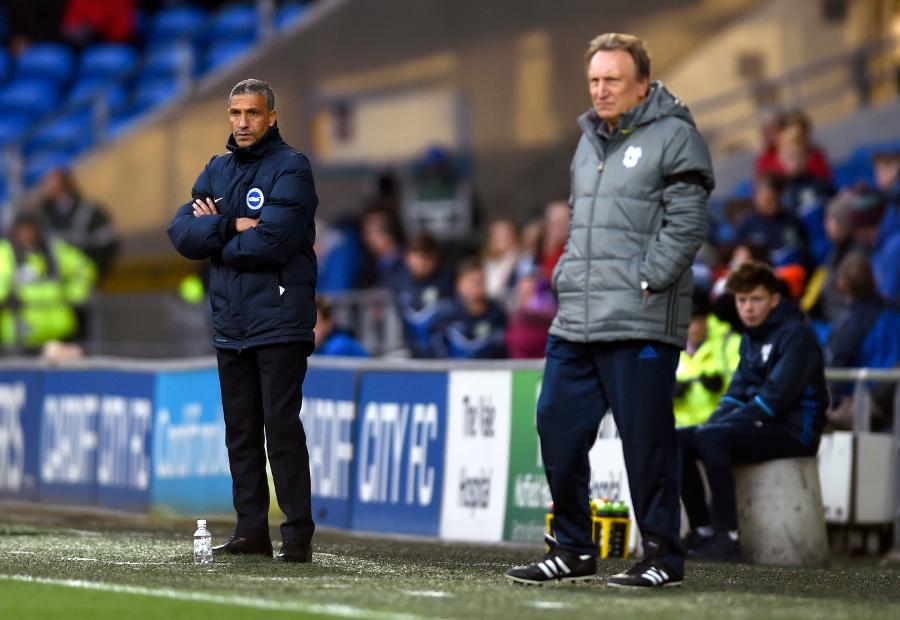 Brighton & Hove Albion are targeting a return to winning ways after their run of three straight victories was halted by Everton.

They visit a Cardiff City side who are seeking to bounce back from two defeats and move out of the bottom three.

Joe Ralls is available again for Cardiff but Jazz Richards (hamstring) and Kenneth Zohore (calf) will both miss out through injury and Harry Arter is suspended.

Brighton continue to be without Pascal Gross, Davy Propper (ankle) and David Button (knee), while Alireza Jahanbakhsh is likely to be absent with a hamstring strain.

The Bluebirds are aiming to halt their habit of conceding the opening goal, having done so eight times in the Premier League this season, the most of any team, level with Fulham.

Chris Hughton has won four of his five managerial league meetings with Neil Warnock, drawing the other and keeping a clean sheet every time.