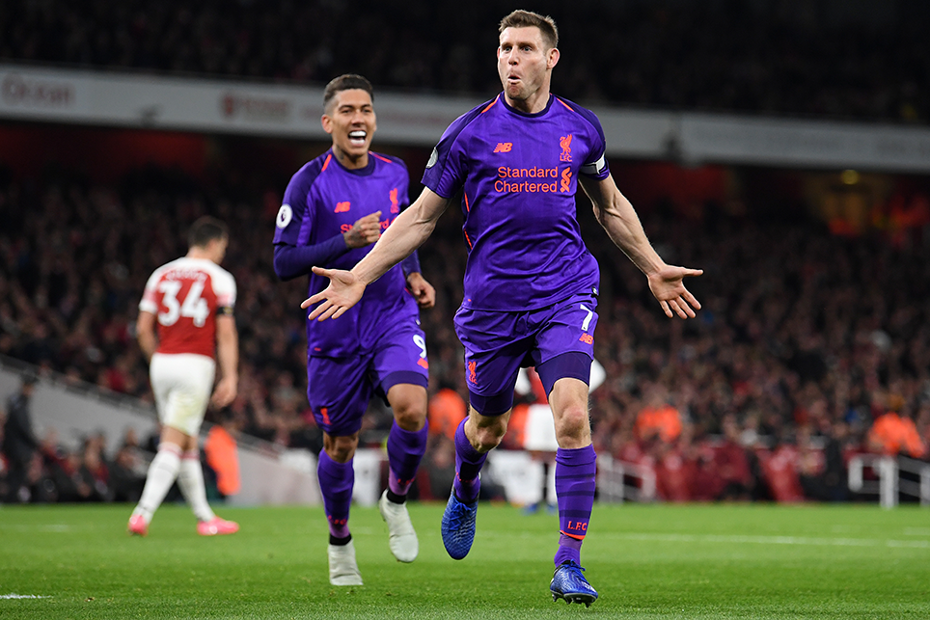 Including landmark goals for James Milner and Raheem Sterling, see the standout statistics from the weekend's fixtures

Klopp: James Milner is like a fine wine External Link

Including James Milner reaching his Premier League half century, find out the standout facts from the weekend's matches.

For more stats from each fixture, click on the results.

In 11 PL appearances this season, AFC Bournemouth’s Callum Wilson has already equalled his tally of goal involvements from 2017/18 (10).

Leicester are the only side to score in each of their 11 Premier League matches this season.

Richarlison's six goals from nine appearances in 2018/19 is one more than his total haul from 38 matches last season.

Three of Newcastle’s seven Premier League goals this season have been scored by substitutes, with Ayoze Perez adding to that tally on Saturday.

Marko Arnautovic is the highest goalscorer in all competitions at London Stadium, with nine goals.

Liverpool midfielder James Milner’s opener was his 50th goal in the Premier League, of which 14 have come for the Reds, his most for one club.

Spurs' 24 points from 11 matches is their second-best start to a Premier League campaign, after 25 points at the same stage in 2011/12.

Raheem Sterling has scored 50 goals in all competitions for Manchester City, from 153 matches and 126 starts.

Eden Hazard is only the third player to claim an assist in three consecutive Premier League appearances as a substitute, after Tomasz Radzinski in 2004 and Arjen Robben in 2005.

Fulham defender Timothy Fosu-Mensah’s own goal ended a run of 658 minutes without scoring at home for Huddersfield, since Tom Ince found the net against Watford in April.