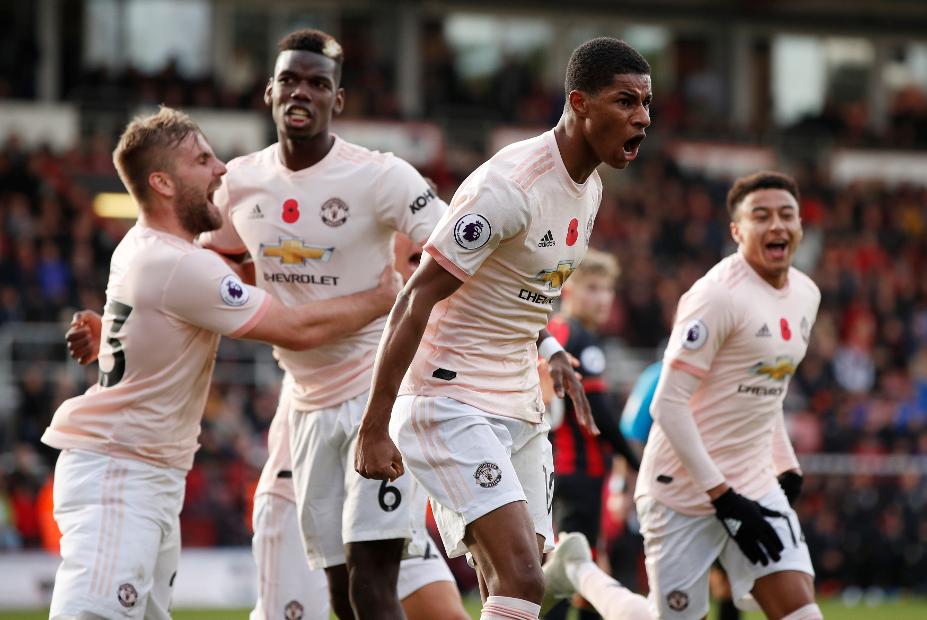 The home side got a deserved opener when Callum Wilson directed in Junior Stanislas’s cross for his sixth goal of the Premier League season on 11 minutes.

United hit back on 35 minutes when Alexis Sanchez picked out Anthony Martial, who scored for the fourth consecutive Premier League match.

After the break United almost scored when Ashley Young’s free-kick hit the woodwork, Rashford’s follow-up shot was blocked by Nathan Ake, and the ball was cleared off the line by David Brooks.

But they got the winner in the second minute of added time, when Paul Pogba’s clipped cross fell to Rashford, who finished from close range.