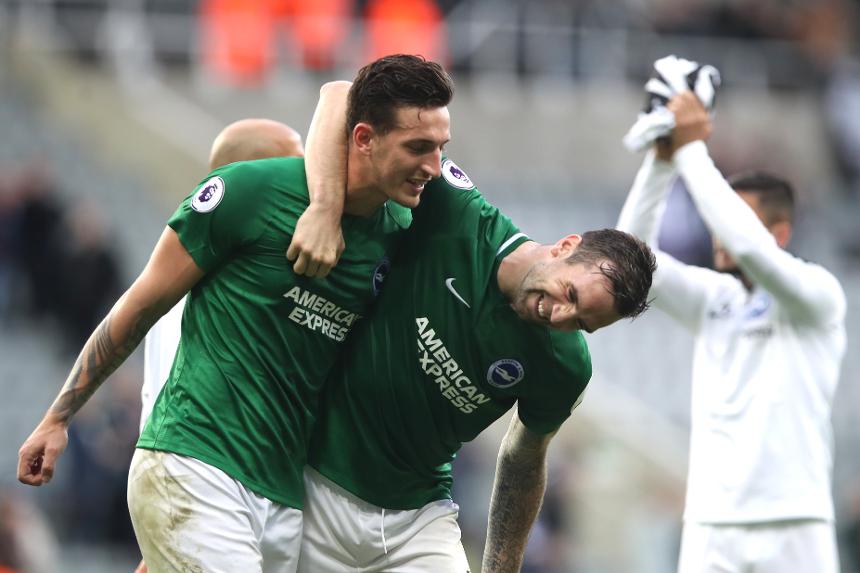 GW10 Ones to watch: Jose Izquierdo

Chris Hughton says the consistency and dependability of his central defensive partnership has been the cornerstone of Brighton & Hove Albion's promising start to the season.

Lewis Dunk and Shane Duffy have played in all but one of the Seagulls' nine Premier League matches this season and most recently helped their side achieve back-to-back clean sheets, in 1-0 victories over West Ham United and Newcastle United.

"If I'm looking at an edge they have, what the two of them have done is play a lot of games together," Hughton told the club's official website.

"If you're looking at partnerships across the Premier League teams, on a lot of occasions that partnership is broken up, particularly with clubs that rotate a little bit more.

"These two would be as consistent as any, for the simple fact that they don't miss many games and they've played a lot of games together over the last couple of seasons."

Dunk's form was recently rewarded by a call-up to the England squad for their October fixtures against Croatia and Spain, and he will be aiming for to continue his stellar form alongside Duffy against Wolverhampton Wanderers on Saturday.

"The fact that Lewis Dunk was in his first England squad last time around speaks for not just Dunky but also that partnership," said Hughton. "It's a strong partnership and would be right up there."