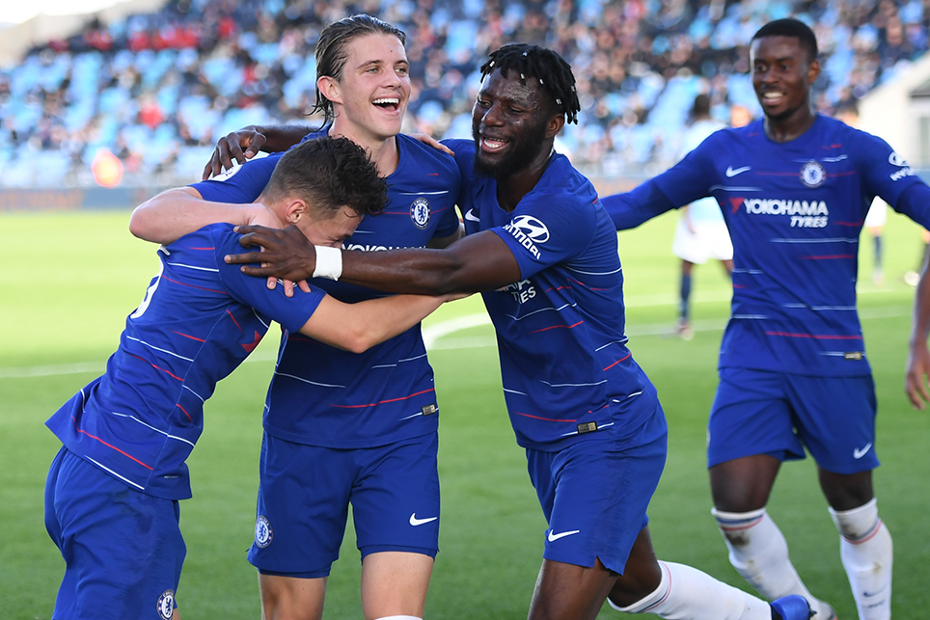 Four teenagers scored as Chelsea moved level on points with Premier League 2 Division 1 leaders Everton, with a 4-1 victory over Manchester City at the Academy Stadium.

George McEachran, 18, put the Blues ahead in the first half, reacting quickest to a loose ball from a corner, before they sealed victory with three goals in 11 second-half minutes.

Nineteen-year-old Charlie Brown made the score 2-0 with a close-range shot before Tariq Uwakwe, also 19, headed in a third and Juan Castilo finished from the left.

Lorenzo Gonzalez grabbed a consolation for City with three minutes left to play.

Chelsea's fourth win in as many away matches this season puts them in third, behind Everton and Arsenal, who face each other on Monday, on goal difference. City drop to fifth.