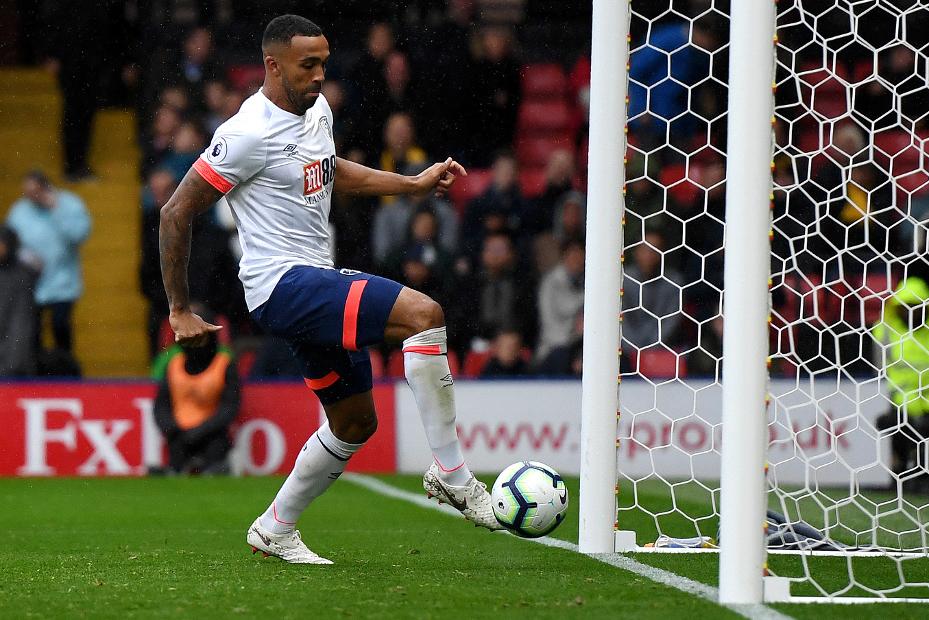 The AFC Bournemouth duo of Callum Wilson (£6.3m) and Joshua King (£6.3m) were two of the standout contributors in the Gameweek 8 Dream Team in Fantasy Premier League.

The Cherries pair were joined by Pierre-Emerick Aubameyang (£10.7m) in a three-main frontline that brought in a combined 42 points.

And a midfield comprised entirely of Chelsea and Manchester United stars managed a further 50 points.

The Portuguese goalkeeper is one of two Wolverhampton Wanderers players to make the Dream Team for the second week running. A fourth clean sheet in five matches formed the basis of his nine-point haul.

The Gameweek's joint-top scorer, Doherty's 15 points in the 1-0 win at Crystal Palace moved him into second place among FPL defenders.

His side might have laboured to a 1-0 victory over Cardiff City, but the Tottenham Hotspur centre-back was in fine form in defence and attack. He brought in clean-sheet and assist points for a first double-digit haul of the campaign.

The Croat made his first start of the season in Liverpool's 0-0 draw with Manchester City. A clean sheet and maximum bonus points ensured it was a profitable one.

FPL's overall top scorer continued his superb start to the season with a seventh goal and third assist of the campaign as Chelsea defeated Southampton 3-0.

The Chelsea midfielder's third start in the league was easily his most productive, thanks to a goal, an assist and two bonus points.

The Frenchman was one of the driving forces behind Manchester United's stirring 3-2 comeback against Newcastle United. Martial scored, provided an assist and was awarded maximum bonus.

The Spaniard was introduced after only 19 minutes against Newcastle and it was his goal that sparked the second-half fightback.

Like Mata, the Arsenal forward had to make his mark from the bench. The Gabon international claimed his season-high haul of 15 points and has four goals and two assists from his last five Gameweek appearances.

The AFC Bournemouth star scored and provided two assists in the 4-0 win at Watford. It was a performance that earned him two bonus points and his first double-digit haul of the campaign.