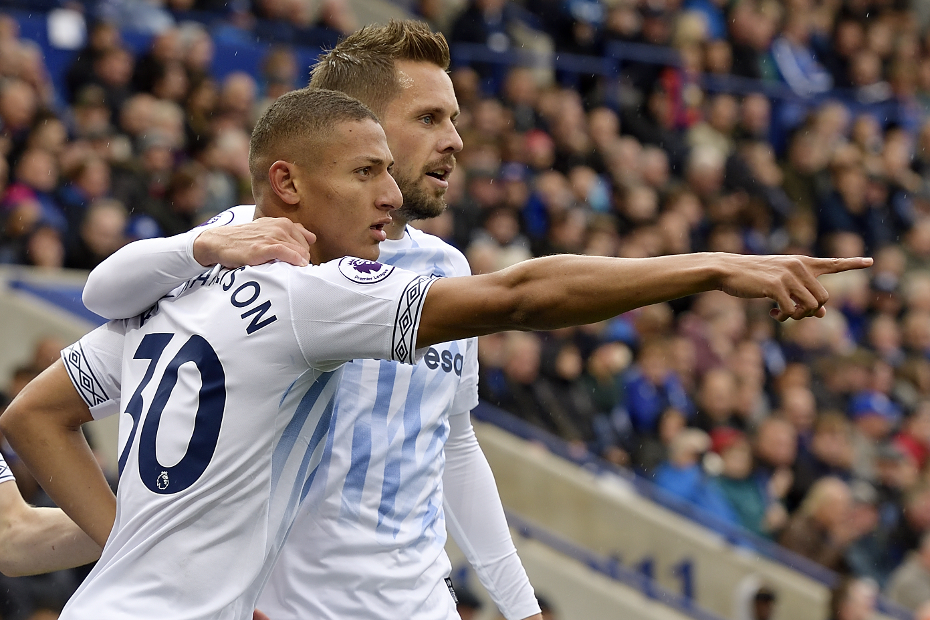 The move to put Richarlison (£6.7m) up front for Everton in Gameweek 8 could have a significant impact on his prospects in Fantasy Premier League.

The Brazilian was selected as the lone forward for the Toffees’ trip to Leicester City on Saturday afternoon.

And he responded by producing his first goal since Gameweek 2 in the 2-1 win at King Power Stadium.

Richarlison’s first five Gameweek appearances were on the left wing for Everton.

Yet his weekend effort took his total to four goals from his six matches.

That record can now secure him the forward role under head coach Marco Silva.

And combined with his return to the scoresheet, the Brazilian’s Fantasy prospects appear to have improved.

Richarlison could now follow the example of Marko Arnautovic (£7.0m) and Wilfried Zaha (£7.0m) from last season. Both started as wingers before moves up front boosted their goal output.

Crucially, his new position can help the 21-year-old fend off the strong competition from Gylfi Sigurdsson (£7.4m) as the go-to Everton option.

The Iceland international has excelled recently, with four goals and 33 points in the last four Gameweeks.

Indeed, Sigurdsson’s total of 24 chances created this season is more than any player in FPL.

But should Richarlison remain as Silva’s first-choice forward, his eye for goal can make a big impression on FPL midfields.