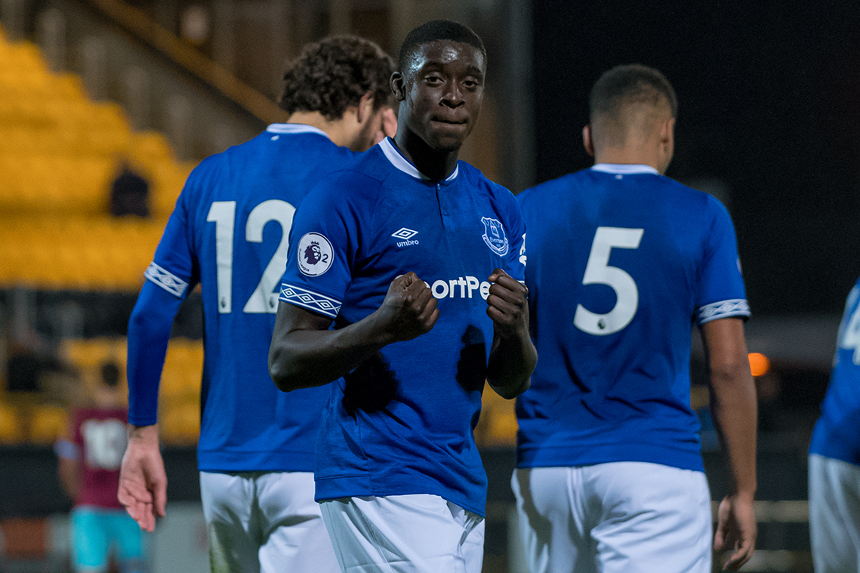 Everton moved to the top of Premier League 2 Division 1 with a 2-1 home victory against West Ham United.

West Ham took the lead at Merseyrail Community Stadium through Veron Parkes, in only his second PL2 appearance. A week after turning 17, Parkes scored from 25 yards on 50 minutes .

Twenty-year-old Bassala Sambou (pictured) got the winner from the penalty spot with 11 minutes remaining after being fouled by Alfie Lewis.

The win puts the Toffees above Arsenal on goal difference.

West Ham are 10th, with six points from seven matches.