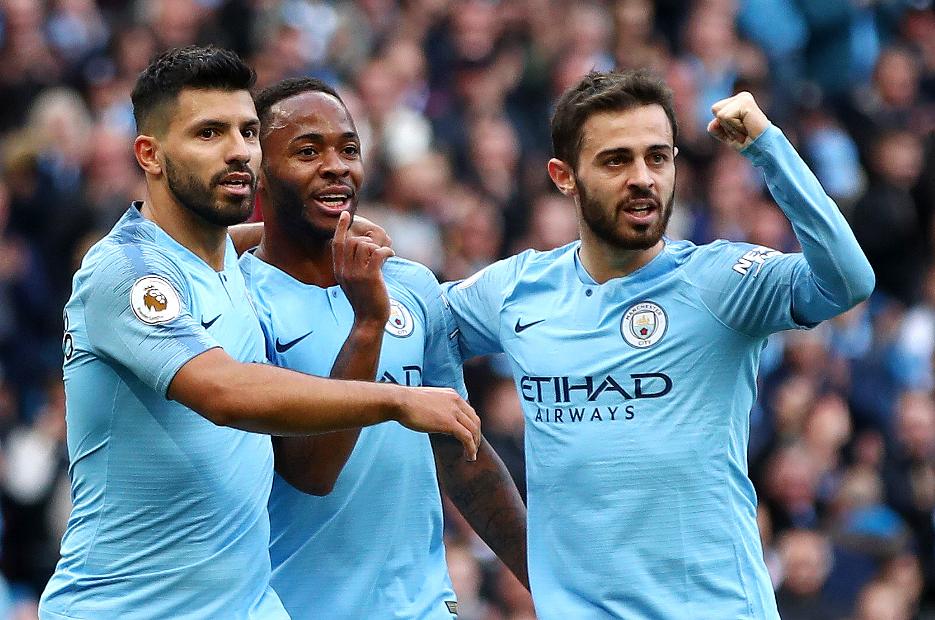 City climb to summit with win over Brighton External Link

After Sergio Aguero had an overhead kick blocked on four minutes, Sterling opened the scoring just before the half-hour.

The winger finished off Leroy Sane's cross after a quick counter-attack.

Aguero got his fifth PL goal of the season net with 25 minutes remaining, after a brilliant one-two with Sterling.

The result sent Man City top on 19 points, after Chelsea and Liverpool drew 1-1 later in the day.