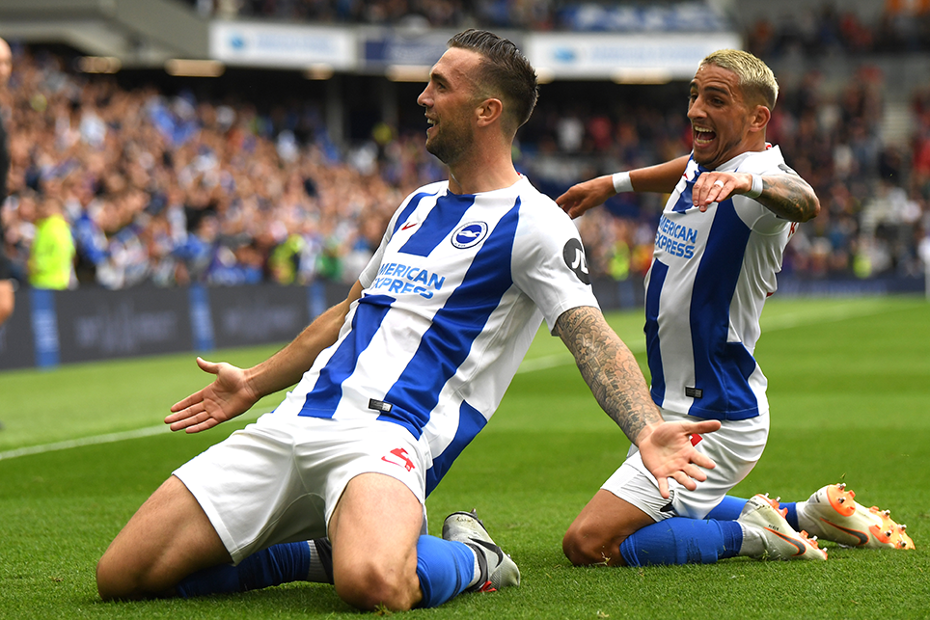 Man City can continue their unbeaten start to the campaign, while Brighton are without a win in four Premier League matches.

Florin Andone (groin) has recovered from injury and could be named in the matchday squad.

Man City won both Premier League meetings with Brighton last season. They have never won three in a row against them in the top four tiers of English football.

Brighton's two victories in their last 15 Premier League matches have both come against Manchester United.

Sergio Aguero has been directly involved in 17 goals in his last 10 Premier League fixtures at the Etihad Stadium, producing 14 goals and three assists.

Brighton's Anthony Knockaert, with two assists, and Shane Duffy, with one, have combined for three Premier League goals this season, more than any other pair in the competition.