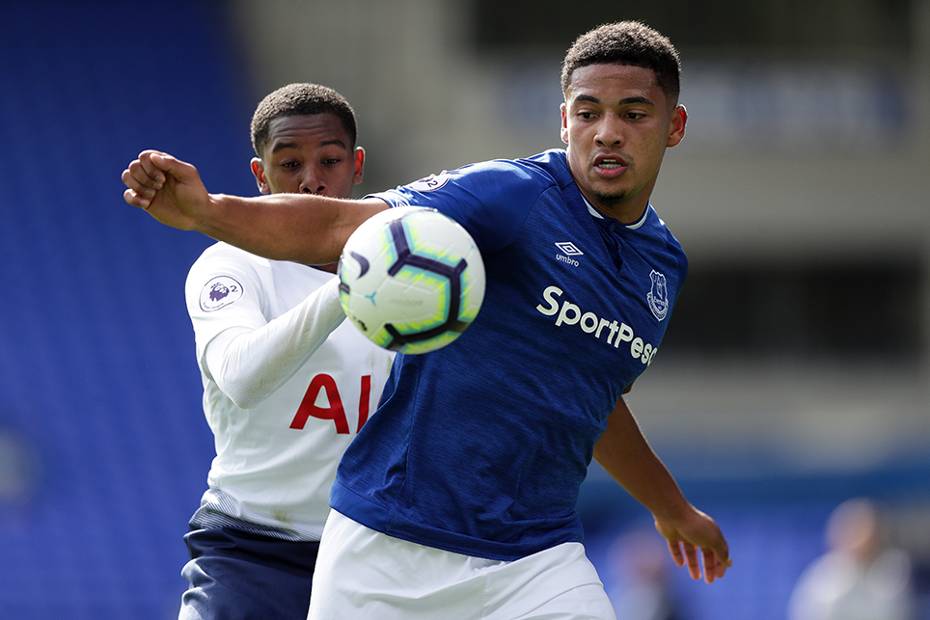 Everton moved to the top of Premier League 2 Division 1 thanks to a 6-0 victory against Tottenham Hotspur at Goodison Park.

Captain Tyias Browning (pictured) scored the 10th-minute opener, before an own goal from Spurs skipper George Marsh and a strike from Fraser Hornby put Everton 3-0 up at half-time.

Antony Evans marked his 20th birthday by making it 4-0 on 51 minutes.

Bassala Sambou added the fifth goal from the penalty spot, and Josh Bowler completed the scoring with four minutes remaining.

Spurs have five points and they are in 10th place.