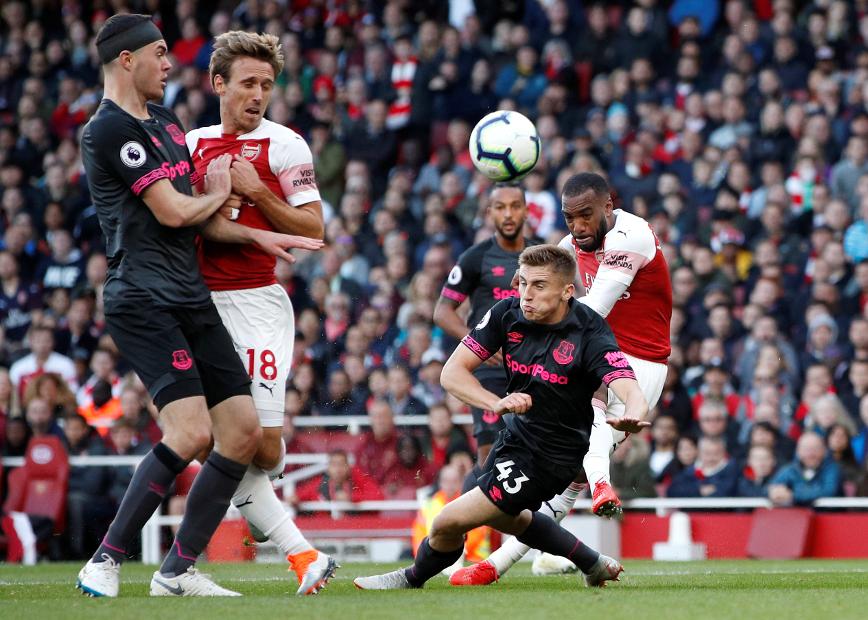 Laca - What I was thinking before my goal External Link

A brilliant strike from Alexandre Lacazette inspired Arsenal as they beat Everton 2-0 for a fourth successive Premier League victory.

After a first half in which Arsenal goalkeeper Petr Cech superbly stopped Richarlison twice and prevented Theo Walcott from putting the Toffees in front, the Gunners took the lead on 56 minutes.

Aaron Ramsey teed up Lacazette just inside the penalty area to curl the ball beyond Jordan Pickford and in off the far-right post.

Three minutes later it was 2-0, as Pierre-Emerick Aubameyang finished off Ramsey's second assist of the match following a break from Mesut Ozil.