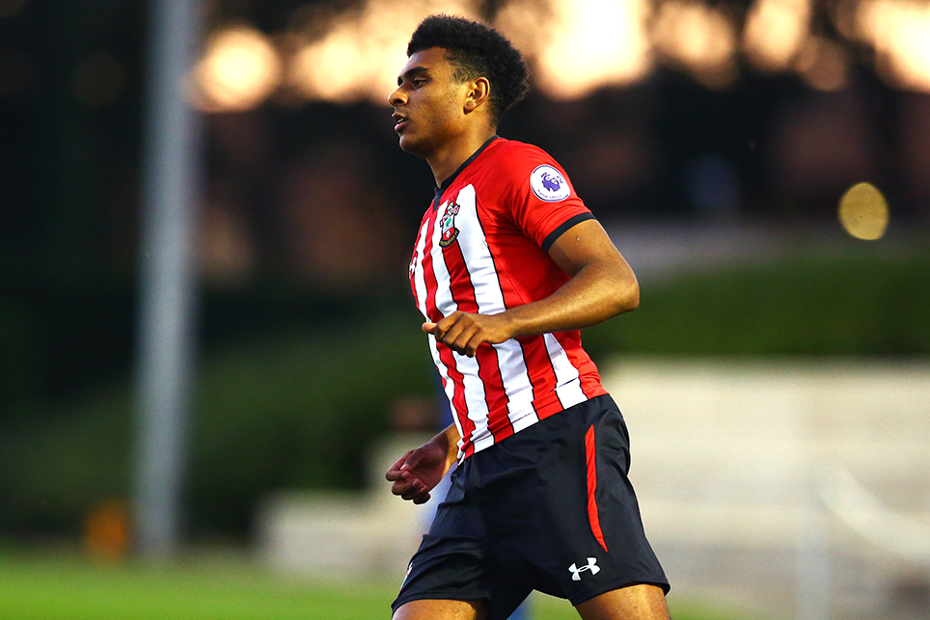 Southampton continued their unbeaten start to their debut Premier League International Cup campaign with a 1-1 draw against holders Porto.

After a tight first half, Marcus Barnes (pictured) slid in to finish Jake Vokins's low cross from the left flank in the 50th minute.

Southampton goalkeeper Harry Lewis earned the hosts a point at Staplewood when he superbly tipped over Luiz Palhares's long-range strike.

Saints are top of Group A after collecting four points from their first two Group A matches, with just West Ham United to play after an opening victory over Dinamo Zagreb.

The draw was Porto's first match of their title defence.

Adnan Maric equalised in the seventh minute of stoppage time as Swansea City started their Group E campaign with a 1-1 draw against Villarreal.

Mukwelle Akale's 65th-minute penalty put the Spanish side in front, before Maric's late intervention at Landore.

Wolfsburg kicked off Group C with a 4-0 win over Athletic Club Bilbao at Aldershot. Norwich City and Tottenham Hotspur are their other teams in the group.