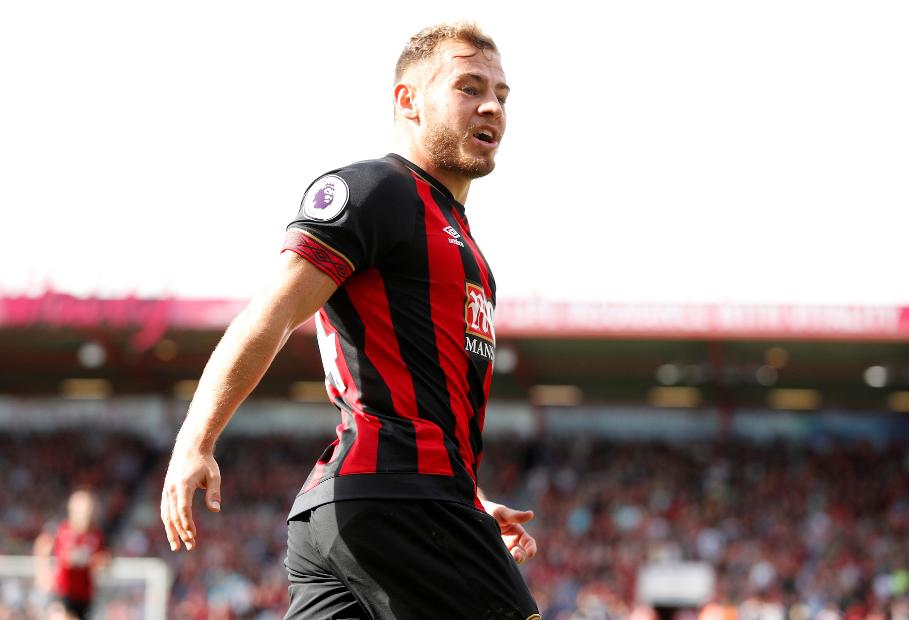 He has started the season in fine form but there is more to come from Ryan Fraser, his manager believes.

Fraser scored twice for AFC Bournemouth in the 4-2 win over Leicester City on Saturday and provided an assist to enhance his growing reputation as one of the most dangerous midfielders in the Premier League.

The 24-year-old helped the Cherries earn promotion to the Premier League after signing from Aberdeen in January 2013 and has been key to AFC Bournemouth's best start to a PL campaign as they prepare to face Burnley on Saturday.

Fraser is the joint-leading midfielder in the competition for goals, with three, and is joint-second for assists, with two. He is tied in second place on that midfielders list for chances created, with 11.

"He can go wherever he wants to go," Howe told AFC Bournemouth's official website. "With his age, attitude, he has a really bright future.

"The key thing for him is believing how good he is and he's reinforcing that himself with his goal and performance."