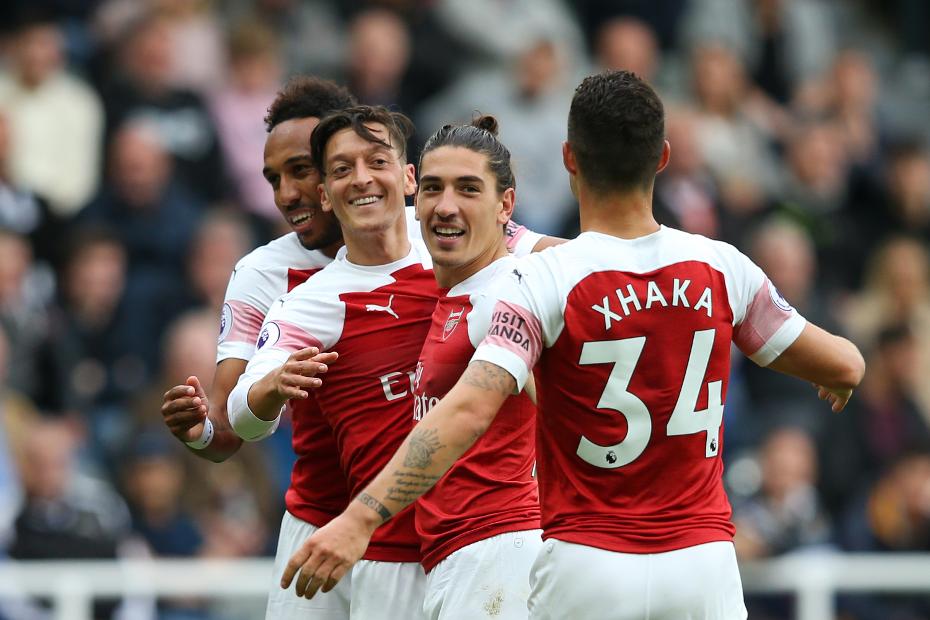 Jacob Murphy had the best chance of the first half, but his header was saved by the outstretched hand of Petr Cech.

Xhaka opened the scoring four minutes after the restart, curling a 25-yard free-kick into the top-right corner.

Their lead was doubled nine minutes later, Ozil reacting quickest to the loose ball after Alexandre Lacazette's shot had been blocked.

Substitute Ciaran Clark scored a consolation header one minute into stoppage time, but Arsenal held on for the three points.

The result means Newcastle are third from bottom with one point. The Gunners rise to seventh on nine.