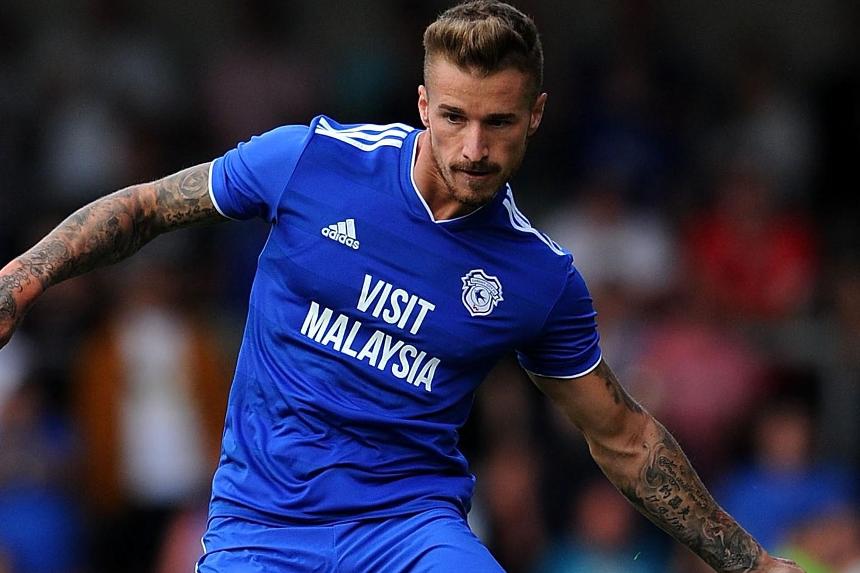 Bennett: We know what we can do at CCS External Link

Joe Bennett says it is the responsibility of the whole Cardiff City team and not just their forwards to score the club's first Premier League goal of the season.

Cardiff face Arsenal at home on Sunday with only a point from a goalless draw against Newcastle United in their previous match at Cardiff City Stadium.

Despite no goals, Cardiff have created 29 chances, ranked 14th in the league, but only four were "big chances", where the receiving player is expected to score.

Bennett admits this is an area on which the team have been working on the training ground and that they cannot look only to the Cardiff attackers to break the duck.

"It's maybe not been a great start, but it hasn't been a bad one either," the left-back told Cardiff’s official website.

"You can't just rely on your forwards to score goals; the team has to come into it as a whole.

"We’ve been working on that, creating more for those ahead of us, and hopefully we can do more of it in the next few games."