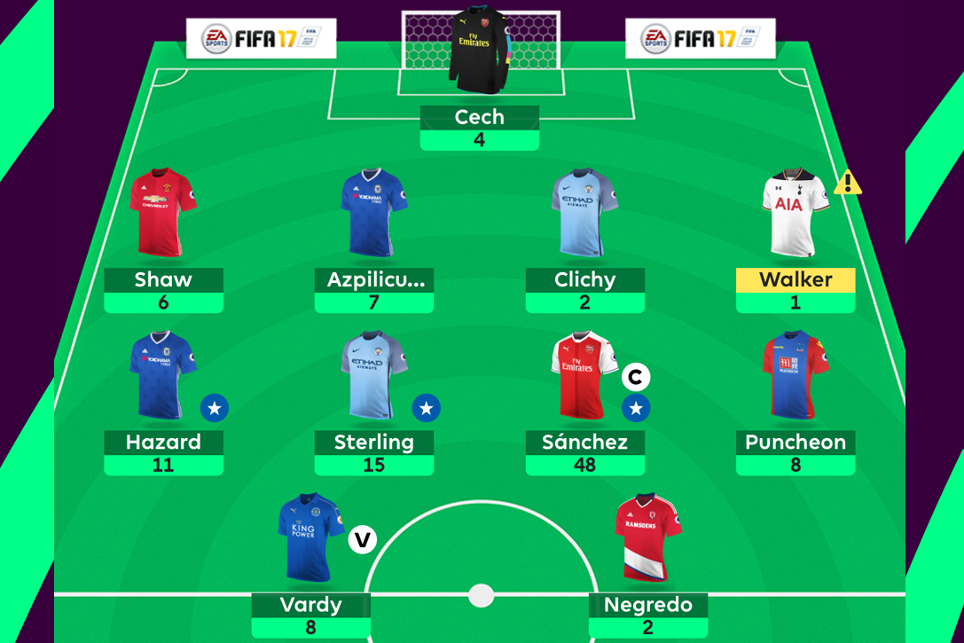 The Chilean's goal, two assists and three bonus points, earned in the 3-1 win at Watford, provided the platform for Hafizan's "Vroooommm FC" to prevail.

An FPL veteran of 11 seasons, Hafizan's decision making played its part in the Gameweek 3 success story.

Not only did he hand the armband to Sanchez, he also backed the Gunners winger with the Triple Captain chip, boosting his return to a huge 48 points.

The Malaysian manager's XI was also somewhat unique due to the absence of both Manchester United's Zlatan Ibrahimovic (£11.7m) and Manchester City’s Sergio Aguero (£13.1m).

Over 65% of squads went into Gameweek 3 with one of that pair in place as their captain.

The latter endured a frustrating afternoon at the Hawthorns, although Vardy delivered for Hafizan with a first goal of the campaign against Swansea City.

But "Vroooommm FC’s" real inspiration came from the middle of the park.

Even when he was forced to spare funds with his selection, Hafizan's options delivered.

His decision to opt for Crystal Palace's Jason Puncheon (£5.5m), found in just 1.2% of FPL squads, was inspired.

The Eagles playmaker laid on the assist against AFC Bournemouth, claiming the three bonus points for an eight-point haul.

With a best finish of 552,853 back in his first season in 2006/07, Hafizan will now be looking to build on his Gameweek 3 accomplishment over the remainder of the campaign.

Hafizan’s Triple Captain was one of more than 433,000 chips in play over Gameweek 3.

There was a two-way split for the most profitable Wildcard - Niclas Olander’s Stringline FC shared a total of 98 points with Mr. Phorcet’s QQ FX – another Malaysian manager amongst the Gameweek’s top ranks.

There was also a tied situation at the other end of the spectrum.

Ricky Zaccheo from USA and England’s Dave Roberts both suffered the indignity of leaving 40 points on their bench.

Meanwhile, Ricky opted to keep Alexis Sanchez (16 points) benched and watched on while he ran riot, along with Chelsea’s Willian (£7.4m, 11points) in the Stamford Bridge win over Burnley.