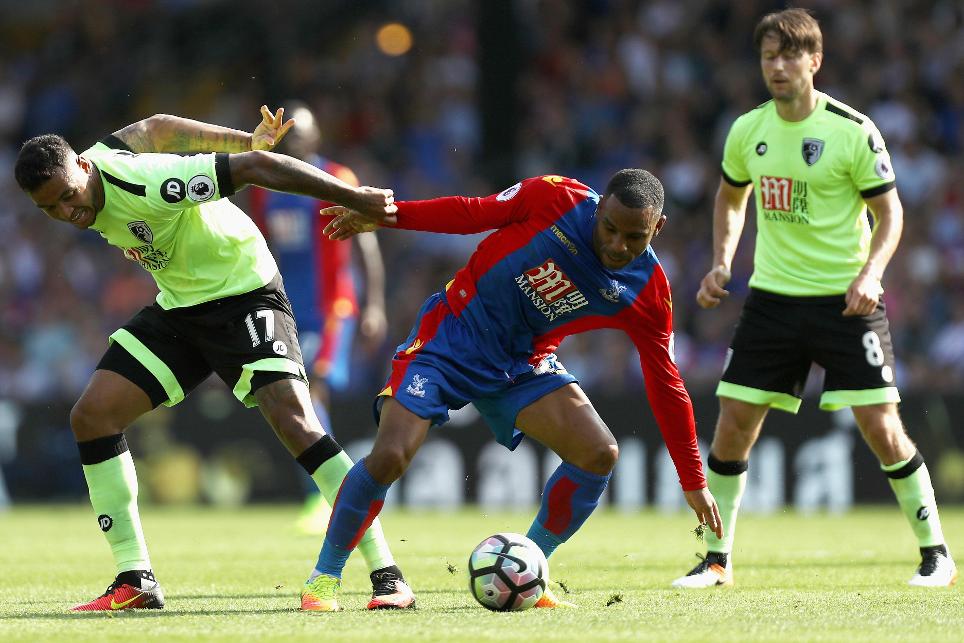 Benteke Getting Close To His Best External Link

With little between the two teams, the Fantasy Premier League bonus points were shared as Crystal Palace claimed a late draw at home to AFC Bournemouth.

Jason Puncheon (£5.5million) was the star performer, earning 38 in the Bonus Point System (BPS) on his way to the maximum three points.

Dann earned a single bonus point with 29 in the BPS, having made nine clearances, blocks and interceptions (CBI) in addition to finding the net.

The Cherries midfielder scored the opening goal, laid on two key passes and made eight recoveries as the visitors clung to a point in the second period.

The same three players occuped the top three in the ICT Index.

Puncheon again led the way with a 15.0 total made up, in the main, by a Creativity score of 94 – more than any other player in the Gameweek.

His aforementioned six key passes were accompanied by eight crosses and 16 passes in the attacking third.

Dann not only provided the Crystal Palace goal, he came out of the encounter with the highest Threat score on show (79).

The towering centre-back had four efforts on goal, all from inside the AFC Bournemouth penalty area as the Eagles pursued a second-half equaliser.

King ranked second for Threat (37) and third in the Index overall (10.0). His goal was one of two attempts, both from inside the Crystal Palace penalty area.

Dann’s goal again confirmed his value as an FPL asset.

Dominant at the back, he remains in the mix for bonus points but it is his threat going forward that is peerless in comparison to other defenders.

Dann and team-mate Joel Ward (£5.0m) have amassed 98 and 72 for Threat so far this season – the top two defenders for that metric in the Premier League.

The Belgian will be hoping to claim penalty-kick duties after Yohan Cabaye’s (£5.9m) miss from the spot prompted Alan Pardew to reconsider the pecking order.

That pair were two of four alterations to the Eagles’ starting XI as Pardew continues to tinker.

Steve Mandanda (£4.4m) replaced the injured Wayne Hennessey (£4.5m) in goal and will be looking to establish himself as Palace’s number one.

Benteke partnered Connor Wickham (£5.9m) up front as the Eagles moved away from their default 4-2-3-1 to a 4-4-2. This saw Wilfried Zaha (£5.5m) dropped to the bench, with Puncheon taking over on the left flank.

The visitors relied on King to provide their main threat on goal.

The £5.5m midfielder has already stood out in Eddie Howe’s ranks as a potential option for FPL managers.

Deployed in a support role behind a lone striker, King has registered six goal attempts over his three appearances, four from inside the box.

The Cherries defence will already be a concern for Howe.

Only Burnley have allowed more shots from within their own penalty area, with Swansea City the only side to have conceded the same number of big chances to their opponents (nine).