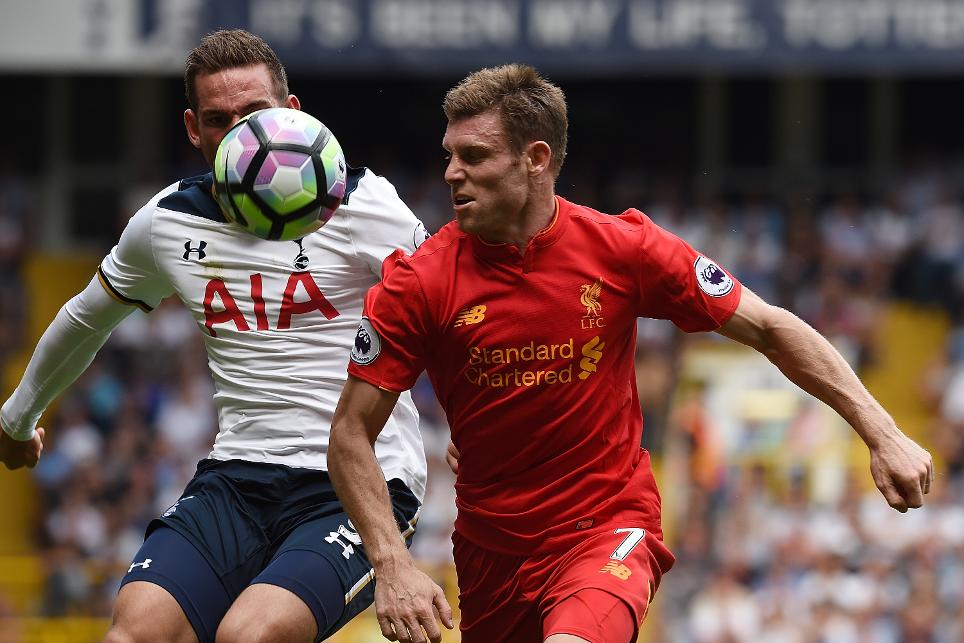 James Milner starred at both ends for points, as Danny Rose also showed his value

Rose: 'There was a bit of anger in that celebration' External Link

The spoils and the Fantasy Premier League bonus points were shared in Saturday’s early kick-off.

Milner, starting at left-back in Jurgen Klopp’s line-up, produced nine clearances, blocks and interceptions (CBI) along with three successful tackles, in addition to stroking home Liverpool’s goal from the spot.

Rose chipped in with 7 CBI and won all three of his tackles to earn 25 BPS.

Lamela bettered that tally with 26 BPS. The Argentinian also won all three of his tackles, completed two dribbles and laid on three key passes.

Milner sat at the summit of the ICT Index rankings, totalling 10.3. His goal was the big factor, earning him 56 Influence, although three chances created and five crosses also made the makeshift defender register 27 Creativity.

Roberto Firmino (£8.4m), Milner's team-mate, was the most inventive player on show; his 58 Creativity score helped him to 9.3 in the Index.

The Brazilian laid on five chances and completed the most passes in the final third (15).

Firmino has gathered 143 Creativity over his first three matches, a total only Southampton’s Dusan Tadic (£7.4m) can better with 165.

An impressive first-half display from Philippe Coutinho made him stand out with 55 Threat in the Index.

Playing on the left of a front three, he had four efforts on goal, three of which came from inside the Spurs penalty area, with two on target.

Coutinho has registered 15 goal attempts this season, the most in the Premier League.

Jordan Henderson (£6.5m) was thought to be on Liverpool’s spot-kicks heading into the season but Milner’s first-half penalty confirms him as the designated taker.

Coutinho again impressed but his withdrawal on 68 minutes highlighted that Klopp still has concerns on his fitness after a recent hamstring scare.

For Spurs, Kyle Walker’s (£5.6m) departure on 27 minutes was thought to be due to illness rather than an injury. Nonetheless, Rose’s goal highlights his attacking threat from left-back; he is owned by 7.1% of FPL managers compared with Walker’s 25%.

Walker has suffered sales after Saturday’s result. Only Leicester City’s Riyad Mahrez (£9.5m) has been sold more by FPL managers since Saturday’s deadline.

Harry Kane (£10.9m) continued to toil up front. Last season’s Premier League leading scorer with 25 goals, he failed to register a single attempt for the second time in three Gameweeks.

Vincent Janssen’s (£7.9m) introduction for Walker again led to Kane dropping back into a No 10 role.

A third consecutive blank has led to further FPL sales and Kane is now owned by just 13.5% of FPL managers.