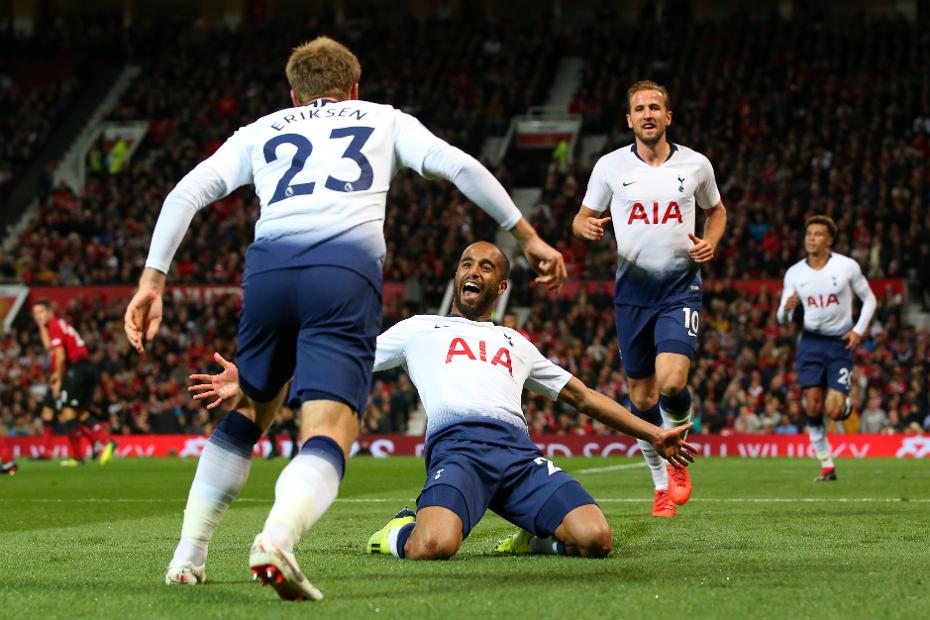 Lucas Moura scored twice as Tottenham Hotspur maintained their winning start to the season with a 3-0 victory at Manchester United.

After a goalless first half, Spurs took control with their first goals at Old Trafford since winning there in January 2014.

Harry Kane put them ahead on 50 minutes with a powerful header from Kieran Trippier’s corner.

Two minutes and 13 seconds later, it was 2-0, Christian Eriksen crossing for Moura to score.

Despite the entrance of Alexis Sanchez, United could not get a goal back and Moura ran through their defence to make it 3-0.

Spurs go second on nine points behind Liverpool, while United are 13th.