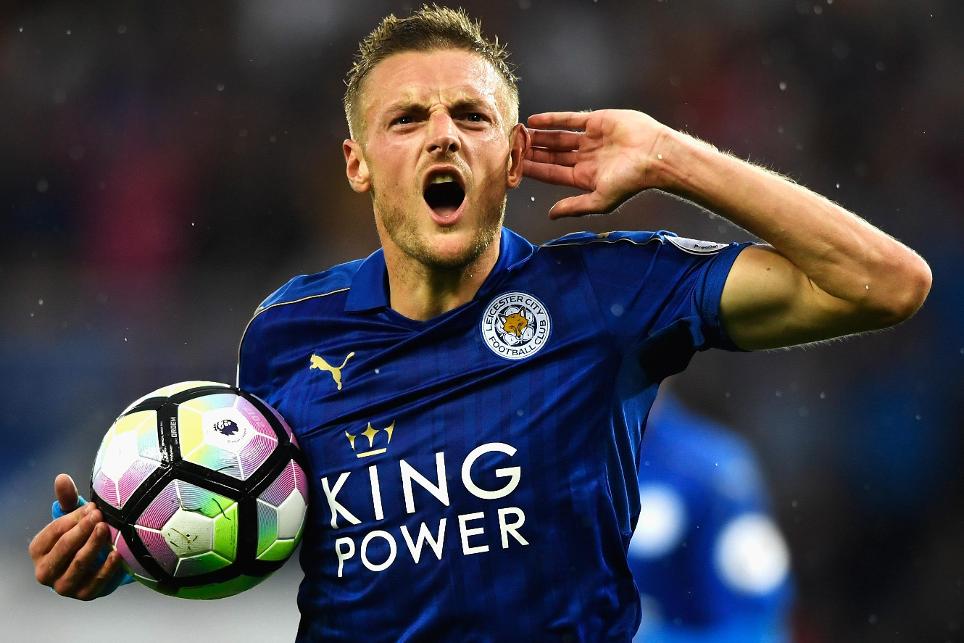 Premier League champions Leicester City registered their first victory of the season at a rain-drenched King Power Stadium with a 2-1 win against Swansea City.

Jamie Vardy, Leicester's leading scorer last season with 24 goals, opened his account for the campaign after 32 minutes with a trademark goal, racing on to a long pass over the top from Danny Drinkwater, taking a touch and smashing his shot in off a post.

The Foxes doubled their lead seven minutes after half-time as Wes Morgan jumped for a header and the ball fell off Robert Huth for the Leicester captain to volley in from close range.

Four minutes later Leicester’s Riyad Mahrez could have made it 3-0 but his penalty, for a foul on Shinji Okazaki, was saved by Lukasz Fabianski.

Almost immediately afterwards, Kasper Schmeichel had to go off injured and Leicester fans' nerves got worse when Leroy Fer halved the deficit with a superb leap and header from Modou Barrow’s cross.

But Claudio Ranieri’s team held firm for their first three points of the season, while Swansea are seeking their first win of the campaign, with only a point.