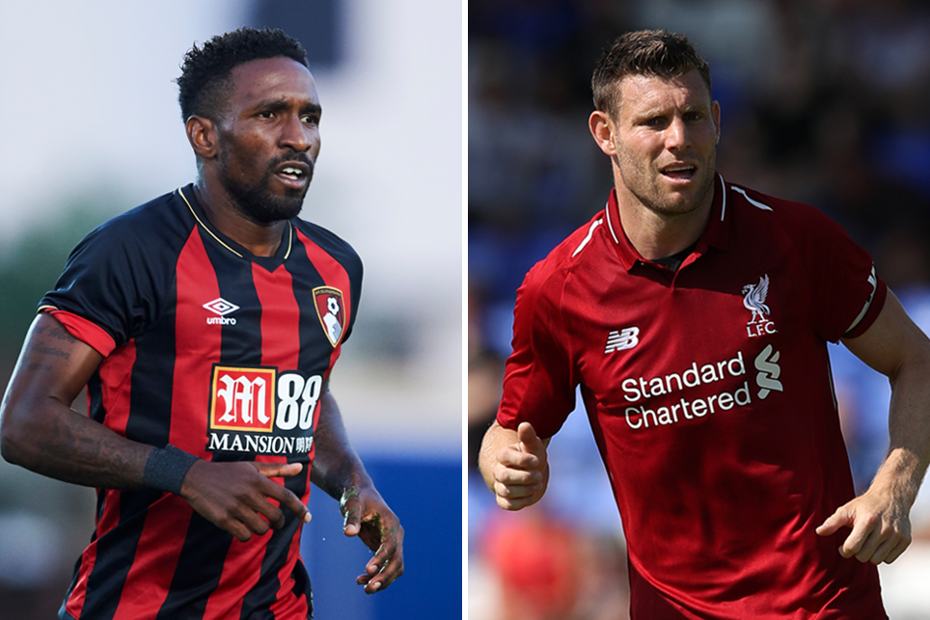 For some players the 2018/19 Premier League season will feature a milestone in their careers.

AFC Bournemouth’s Jermain Defoe and James Milner, of Liverpool, are close to joining a select group of 12 players to have made 500 appearances in the Premier League.

Defoe is just eight matches away from the milestone, while Milner has played 485 matches.

The Liverpool star is also just two goals shy of reaching 50 in the competition.

Sergio Aguero is just seven PL goals from a total of 150. The Manchester City striker could become just the ninth player to reach this mark.

Players who reach 200, 300, etc PL appearances, or get to 50, 100, 150 or 200 goals, in the competition will, in partnership with Cadbury, receive a presentation box from the Premier League containing a special medallion and a plaque commemorating their achievement.

Another significant landmark could be achieved this season by David De Gea.

The Manchester United goalkeeper is only seven clean sheets from his 100th in the Premier League. Only four goalkeepers have gone past this mark.