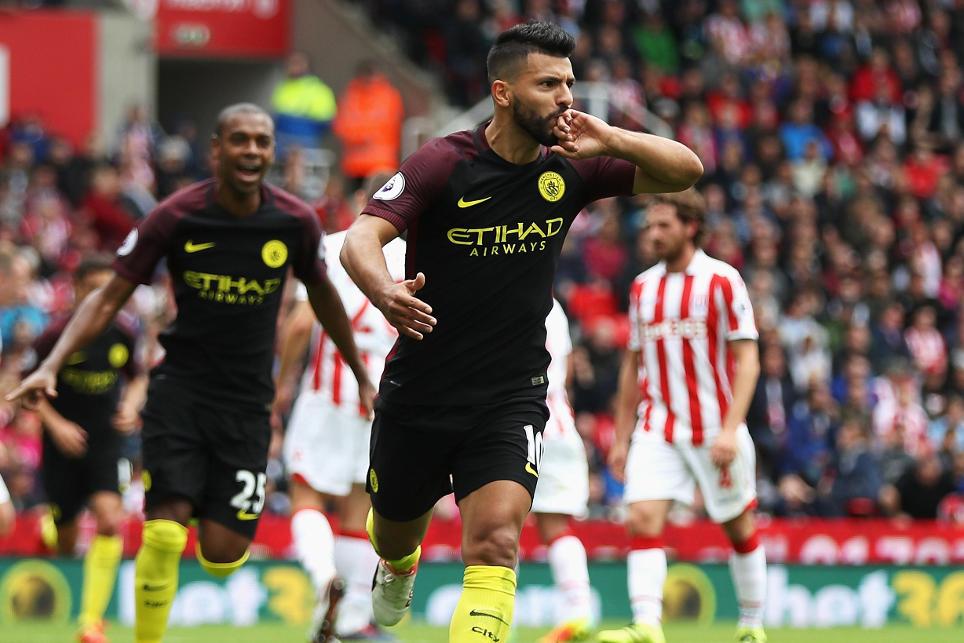 Manchester City have been quick to hit their stride as an attacking force under new head coach Pep Guardiola.

They have found the net on six occasions, more than any other team, and have also beaten Steaua Bucharest 5-0 away in the UEFA Champions League.

Sergio Aguero (£13.1million) has clearly been the main beneficiary of this improved attacking verve.

The striker is also ranked top in the ICT Index, registering a score of 31.

Owned by 50% of FPL managers, Aguero has produced more attempts on goal (10) than any forward. His total of nine efforts inside the opposition box is greater than any PL player.

His underlying numbers also show progress on last season’s performances. Aguero’s frequency of attempts on goal (from 20.5 minutes to 17.8) and chances created (from 94 minutes to 59.3) have both improved.

The picture is not so clear in midfield, with no obvious standout option in the Man City squad for FPL managers.

So far, an improved Raheem Sterling (£8.0m) has been the most consistent on show.

Earning an assist in both of City’s opening matches, the winger has registered 23 touches inside the opposition box - second only to Swansea City’s Fernando Llorente (£6.5m), with 27.

Surprisingly, Sterling has struggled to pose any real goal threat. He has produced just three attempts on goal, with one inside the box, and created only two goalscoring opportunities.

Kevin De Bruyne (£10.5m) has offered the most attempts on goal (six) of any Man City midfielder, though all these have arrived from distance. For all his possession, the Belgian’s minutes per chance created have slumped from last season’s 25.9 to 45.8.

David Silva (£9.0m) has also struggled to justify his hefty FPL price tag. Stationed centrally alongside De Bruyne in a 4-1-4-1 set-up, the playmaker has managed just one attempt on goal and three key passes.

Arguably, Guardiola’s use of substitutes late on in matches has had the most significant impact in midfield.

Jesus Navas (£6.5m) emerged from the bench to supply the assist for City’s late winner over the Black Cats. The Spaniard has created more chances (five) than any City player.

Similarly, Nolito (£8.9m) was introduced as a second-half substitute at Stoke City and scored twice late on.

With another new signing, Leroy Sane (£7.9m) earmarked for a return after the international break, Guardiola’s midfield remains a work in progress for the time being.

Fortunately for FPL managers, Aguero seems even more prolific than ever, offering us the most secure and explosive route into an attack that is shaping up to be even more potent with Pep at the helm.