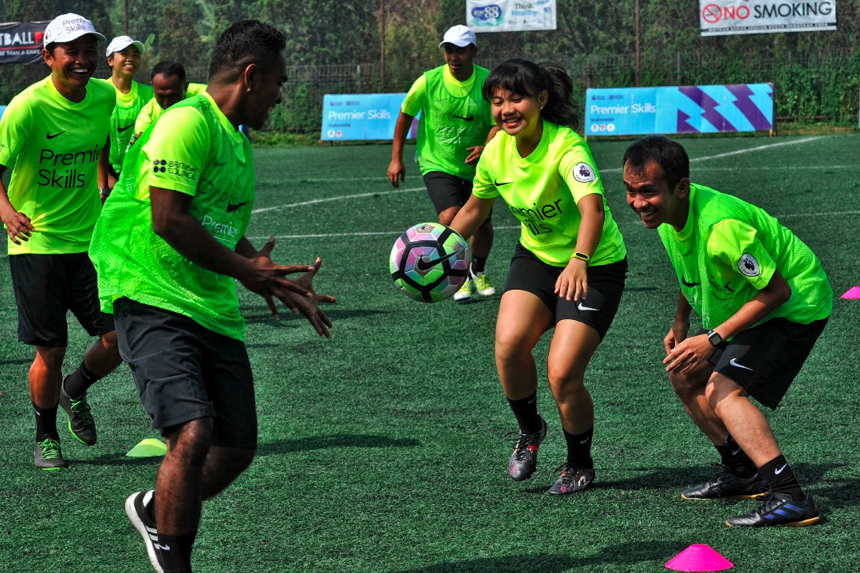 How Laura is making a difference in Africa
Premier Skills helps Kalpana spread love of football
What is Premier Skills? External Link

Here, we tell the story of an intensive five days in Bandung:

Having come through the first two phases of Premier Skills to qualify as coaches, the participants are now picking up the skills and knowledge so they can return to their own communities and train coaches themselves.

The Phase 3 section involves learning in the classroom as well as on the pitch.

Premier Skills, which is run in partnership with the British Council, was re-launched in Indonesia in 2017 and has provided training opportunities to 53 new community coaches and 60 referees who have in turn reached 2,600 young people within their communities.

The 12 participants were assessed on how they planned and led drills.

And they had a chance to put what they have learnt into action when 40 trainee coaches attended the course to be put through their paces.

They will now develop their coach educator skills in their own communities before the next stage of the course in November.

The course was run in conjunction with the Ministry of Youth and Sports of the Republic of Indonesia, the Indonesia Football Association and the Government of Bandung.

"I have been really impressed with how all the coaches have started to make this transition from coach to coach educator," says Premier Skills coach Jez Weeks.