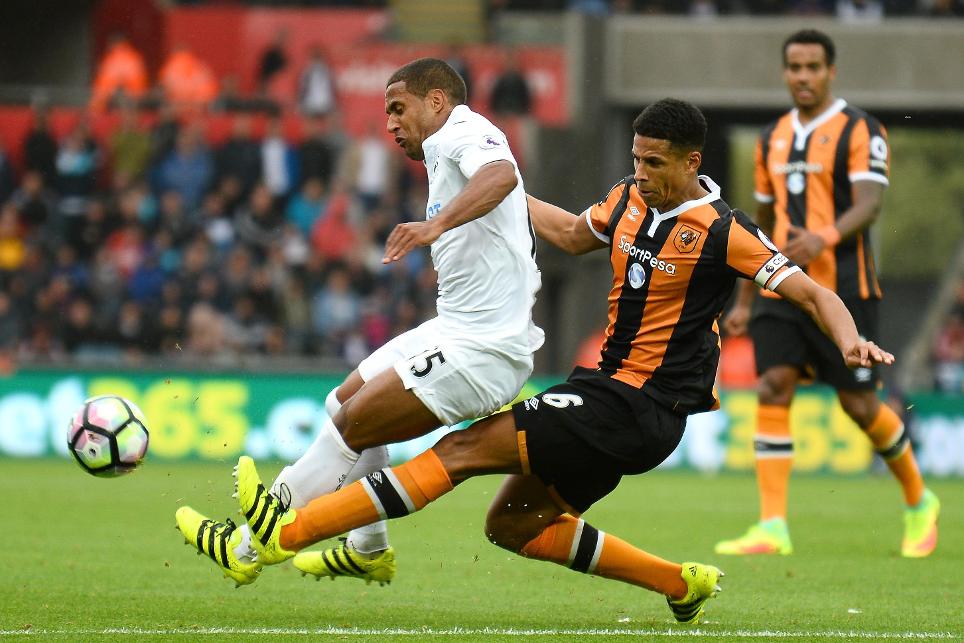 Hull City’s start to the season may have exceeded many expectations but, having earned their second successive victory of 2016/17 on Saturday, it was no surprise to see them claim all the Fantasy Premier League bonus points on offer.

Curtis Davies (£5.0million) earned the maximum three in South Wales, thanks to a score of 45 in the Bonus Points System in another dominant display.

The Tigers’ centre-half made a significant contribution at both ends of the pitch. Davies supplied the assist for his side’s opener and produced 17 clearances, blocks and interceptions (CBI) to keep Swansea City at bay.

He has now topped the CBI chart for defenders for back-to-back Gameweeks having accumulated 21 in the opening day win over Leicester City.

Shaun Maloney (£4.5m) collected two bonus points for a hugely influential display as a second-half substitute. In just 21 minutes of pitch time, he scored a goal and made an assist to collect a BPS score of 37.

Having fired 23 attempts on goal to Hull’s 12, Swansea were the dominant force in the ICT Index and took up four of the top five positions.

Maloney placed second and was ranked top for ICT Influence as a result of his impact from the bench.

Modou Barrow (£5.0m) earned third position. Stationed on the right of Francesco Guidolin’s 4-2-3-1 set-up, he registered two attempts on goal – both inside the box – and created three goalscoring chances for his team-mates.

Despite being replaced before the hour-mark, Wayne Routledge (£5.0m) ranked top for ICT Creativity. The winger supplied five scoring chances and competed 15 passes in the final third.

Fernando Llorente (£6.5m) and Abel Hernandez (£6.0m) were joint-top for ICT Threat after managing three shots inside the box apiece.

Hernandez completed the scoring in the 2-0 triumph, while Llorente registered 16 touches inside the opposition box – more than any player in the Gameweek.

Owned by 1% of FPL managers, Davies has now risen to third in the defender standings after scoring 12 points on Saturday.

The centre-half has been a colossus on his Premier League return. He is ranked third only to Sergio Aguero (£13.1m) and Zlatan Ibrahimovic (£11.6m) for ICT Influence.

At the other end of the pitch, Hernandez – who made an assist against Leicester City in Gameweek 1 – has now registered attacking returns in both of his appearances.

Hull’s upcoming schedule could prove enough of a deterrent, though, with Mike Phelan’s men set to face Manchester United, Arsenal, Liverpool and Chelsea in the next five Gameweeks.

For Swansea City, Gylfi Sigurdsson (£7.5m) made his first start of the season after stepping up his fitness following a late return to training as a result of Iceland’s progress at UEFA Euro 2016.

But the Swans also have a daunting run of matches on their upcoming agenda.

Guidolin’s side now face Leicester City, Chelsea, Southampton, Manchester City, Liverpool and Arsenal in the next six Gameweeks and may struggle to pick up FPL points.