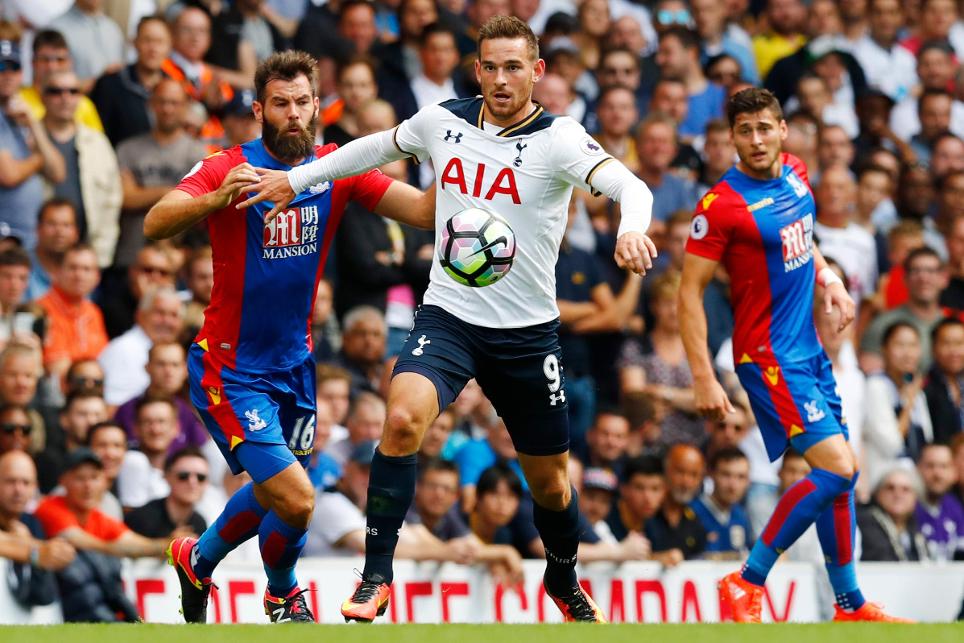 Tottenham Hotspur dominated the bonus points in their 1-0 victory over Crystal Palace at White Hart Lane.

Victor Wanyama (£5.0million) collected the maximum bonus points on his home debut. In an all-action display, the midfielder scored the only goal of the match, in addition to producing three successful tackles and seven clearances, blocks and interceptions (CBI). Wanyama earned a score of 39 in the Bonus Points System.

Kyle Walker (£5.6m) received two bonus points thanks to a BPS score of 28. The right-back helped his side to a clean sheet thanks in part to nine CBI, two successful tackles and three recoveries. He supplemented this with three completed dribbles.

The Argentinian was also ranked first when it came to ICT Creativity, registering five key passes and as many successful crosses for the victors. Lamela’s score of 9.3 per appearance in the 2016/17 ICT is up from last season’s average 7.4.

Vincent Janssen (£8.0m) earned second spot on his first start for the home side, with Wanyama in third thanks to his match-winner.

Despite failing to produce FPL points, Dutchman Janssen was ranked first for ICT Threat with a score of 57. He provided three attempts inside the box, two efforts on target and also supplied a pair of key passes.

Owned by over 10% of FPL managers, Alli was afforded just 23 minutes as a second-half substitute, placing question marks over his pitch time from this point.

With Janssen leading the line, Harry Kane (£11.0m) was moved into a central support role against the Eagles. Despite operating from a deeper position, Kane still fired six attempts on goal, though only two arrived from inside the box.

Nonetheless, Kane’s average of 30.7 minutes per attempt is lower than last year’s 22.1 minutes, when he found the net 25 times.

Andros Townsend (£6.5m) was Crystal Palace’s key creator against his former side, supplying three key passes in the 1-0 defeat.

The summer signing has so far been the standout performer for the Selhurst Park outfit, who are the only side to have failed to score in the opening two Gameweeks.

Townsend has produced more attempts on goal (eight) and created more chances (five) than any team-mate ahead of matches with AFC Bournemouth, Middlesbrough, Stoke City and Sunderland in the next four Gameweeks.

The recent arrival of Christian Benteke (£7.4m) is expected to pep up the Eagles attack and the Belgian could make his Premier League debut against the Cherries in Gameweek 3.