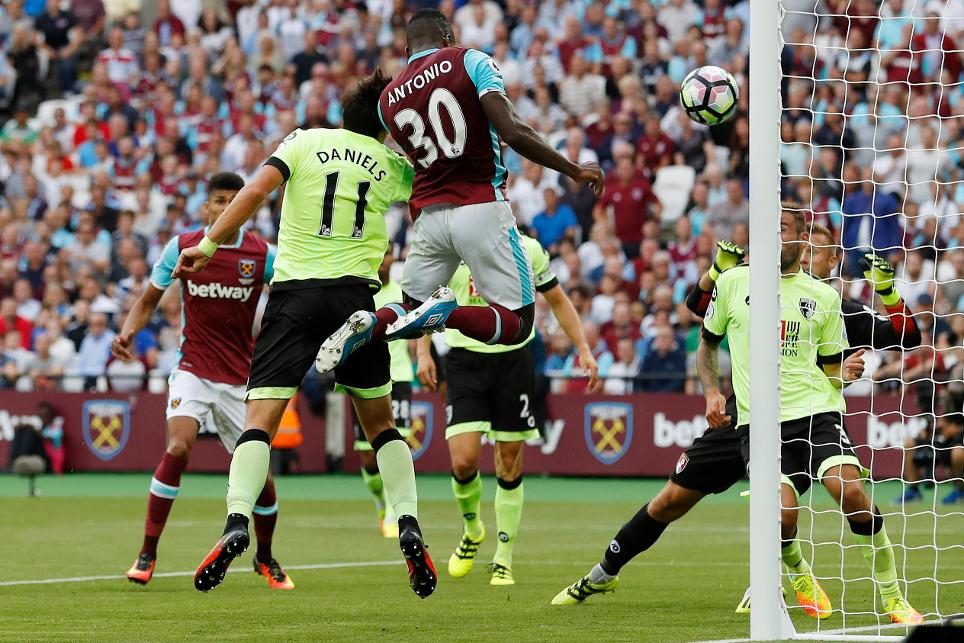 Michail Antonio was proud to make history for West Ham United as he scored the first Premier League goal at the London Stadium.

His late header secured a 1-0 victory against AFC Bournemouth, the Hammers’ first points of the season, in front of over 57,000 fans at their spectacular new home, which they moved to after 112 years at the Boleyn Ground.

“It feels amazing to be the first Premier League goalscorer at London Stadium and it’s one of those things I can always tell me kids,” Antonio told whufc.com.

“I had an interview last year and I was asked if I’d rather be the last goalscorer at the Boleyn Ground or the first goalscorer here – I said both, but this is a great feeling!

“It’s always great to be in history and especially so as the goal won us the match.

“The roar from the fans was outrageous. It was deafening. What a great day.”

West Ham manager Slaven Bilic savoured a “great day” at the London Stadium, and thought his side deserved victory in a hard-fought contest against AFC Bournemouth.

“Against a team full of energy and really good in terms of team spirit, we showed aggression and compactness and created a few chances,” Bilic said.

“I didn’t expect more than that, but we scored from one of those moves, so I think we just deserved it.”

AFC Bournemouth manager Eddie Howe was disappointed to leave east London without any points, telling afcb.co.uk: "With 20 minutes to go I felt we could potentially be on for three points, let alone one.

"We were much improved in the second half and looked dangerous. They hadn't really got near our goal, so to end up losing the game is a bitter pill to swallow.”