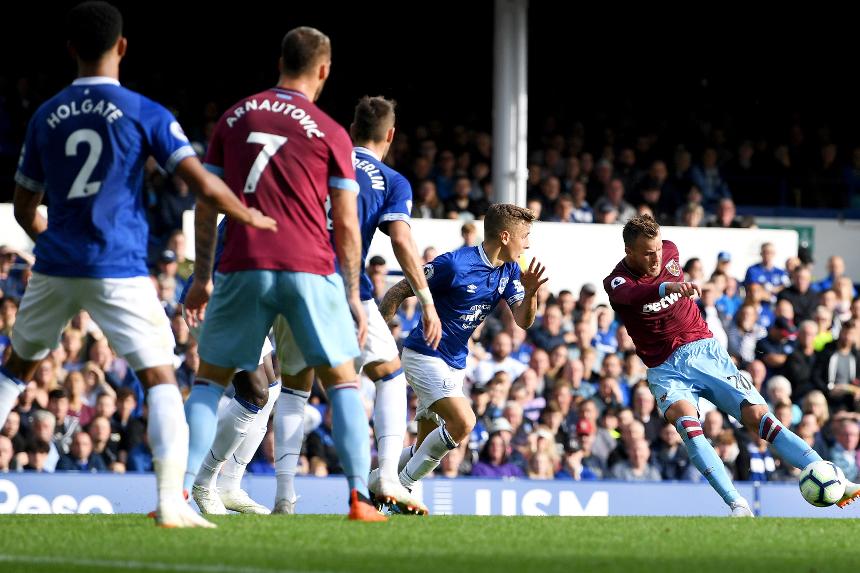 Pellegrini: I was convinced the result would come External Link

Pellegrini: Yarmolenko will be well-suited to the Premier League External Link

Andriy Yarmolenko celebrated his first start for West Ham United with his first two goals for the club, helping the Hammers claim their first points of the season at Everton.

If the 28-year-old continues such form it will not be long before he becomes Ukraine’s leading goalscorer in the Premier League.

Yarmolenko joined from Borussia Dortmund in the summer as only the seventh player from the East European nation to appear in the English top flight.

He joins Serhiy Rebrov, Andriy Shevchenko and Andrey Voronin in scoring in the Premier League, but these three stellar strikers could only notch 24 goals between them.

Yarmolenko's double puts him already a fifth of the way towards Rebrov's leading total of 10 goals.

The first Ukrainian in the Premier League was Alex Evtushok, who appeared in three matches for Coventry City in the second half of the 1996/97 season.

The Ukrainian with the most appearances is Oleg Luzhny, who played 81 times in the Premier League for Arsenal and Wolverhampton Wanderers.

Ukrainians in the Premier League

Oleksandr Zinchenko is the only other active Ukrainian in the competition, on the books of Manchester City.