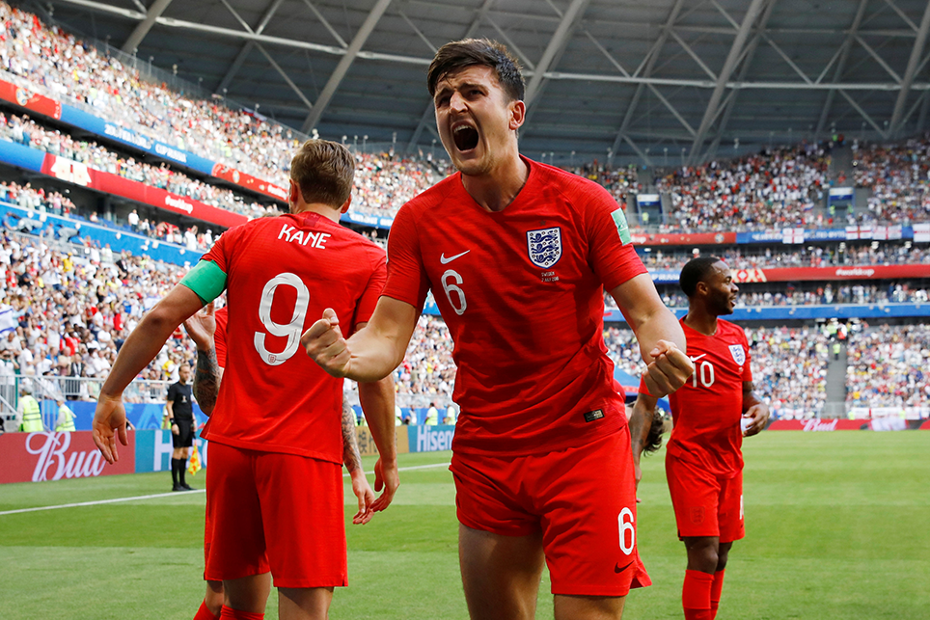 The Scout’s XI of England World Cup stars
Maguire: Ferdinand is my Old Trafford idol
Goal of the day: 'Dele Alli is a sensation'

Gareth Southgate's team are the first England side to reach the last four since 1990, and they will play Croatia for a place in the final.

Leicester centre-back Maguire (pictured above) opened the scoring with a thumping first-half header from a corner by Manchester United wing-back Ashley Young.

Young's Man Utd team-mate Jesse Lingard clipped in a cross for Alli to nod in England's second just before the hour mark.

That goal came either side of two brilliant saves by Everton goalkeeper Jordan Pickford, who was the hero in their Round of 16 penalty shoot-out victory over Colombia.

The @England hero who got the party started 🙌🏽🦁#WorldCup #SWEENG #PL pic.twitter.com/DHdcbyijdw

England's semi-final with Croatia will take place in Moscow at 19:00 BST on Wednesday 11 July.