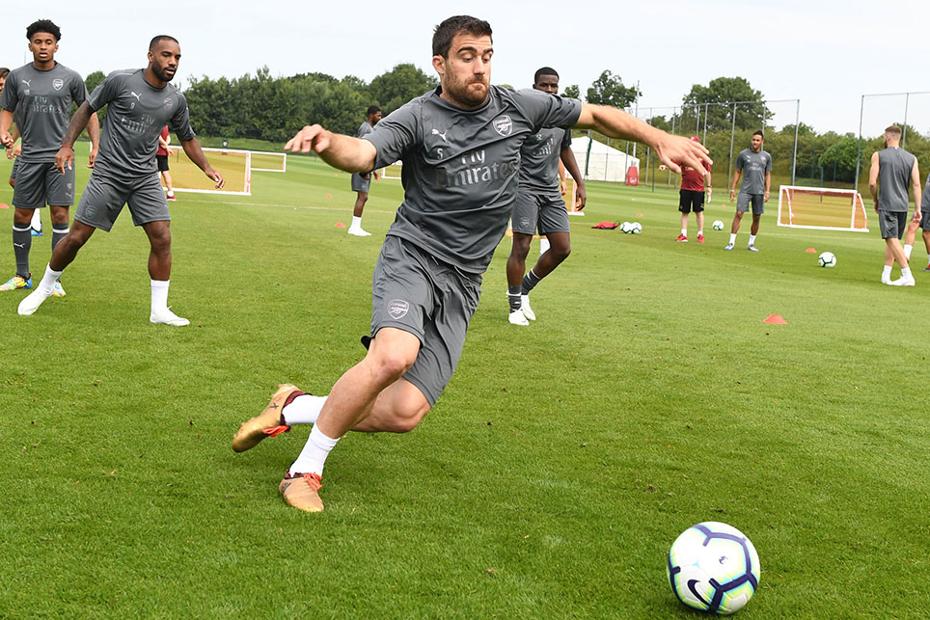 'Everything is special, it's a beautiful moment' External Link

As Unai Emery seeks to shore up an Arsenal defence who struggled last season, the new head coach will be buoyed by the words of his latest signing Sokratis Papastathopoulos.

Sokratis has vowed to bring a defence-first mentality after his move from Borussia Dortmund.

"A defender first has to defend, to protect the goal, and then after if he can help in front a little bit for the match then it’s good," the 30-year-old told Arsenal’s official website.

Sokratis was vice-captain of Greece and at Dortmund and believes his experience will help his new team-mates, whom he met for the first time when pre-season began at London Colney on Monday.

"In the national team but also in my last club, I was there to help a lot of players, and also when they asked me about things on and off the pitch," he said.

"This is leadership, but the leader has to be first on the pitch and last off it too."