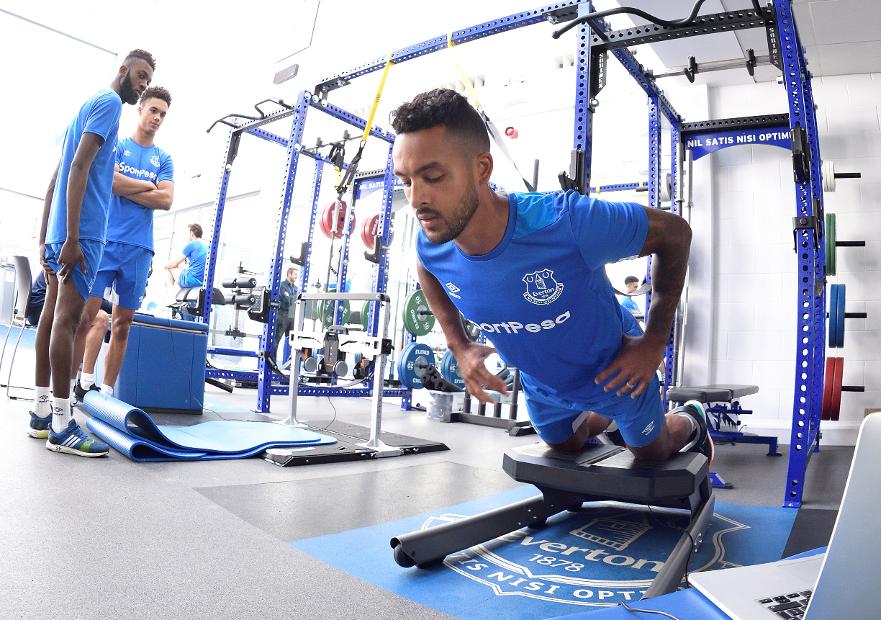 Players returning to their clubs’ training grounds this week might be keen to get on the pitch and try out the new Nike Merlin 2018/19 Premier League ball.

But first many have to undergo a series of tests.

Matt Taberner, Everton’s head of rehabilitation, explains what they put the players through and why.

"We do it so we know [a player’s] baseline for the rest of the season," Taberner tells the club’s official website.

"We’ll also do it at the end of pre-season, to see if there’s any change, and that will then be his marker until the end of the season.

"We have strain gauges, which detect force and gives us the information straight back to our laptops."

"Strength is one of the modifiable factors for a hamstring strain and this will tell us how much force he is generating with his left and his right hamstring."

"We calculate how strong the individual is relative to his body mass, which we then use in conjunction with one of the jump tests, which tells us whether the player needs to focus on strength or ballistic power. It gives us some focus for their strength and condition programming."

"This will tell us how much power the athlete is capable of producing, relative to their body mass. Because we can't look at everybody in general, we need to look at them on an individual basis and where they need to focus their training programme, either on strength development or power development."

These tests will help get Everton's players in top condition for their first match of the new season at Wolverhampton Wanderers on the weekend of 11-12 August.